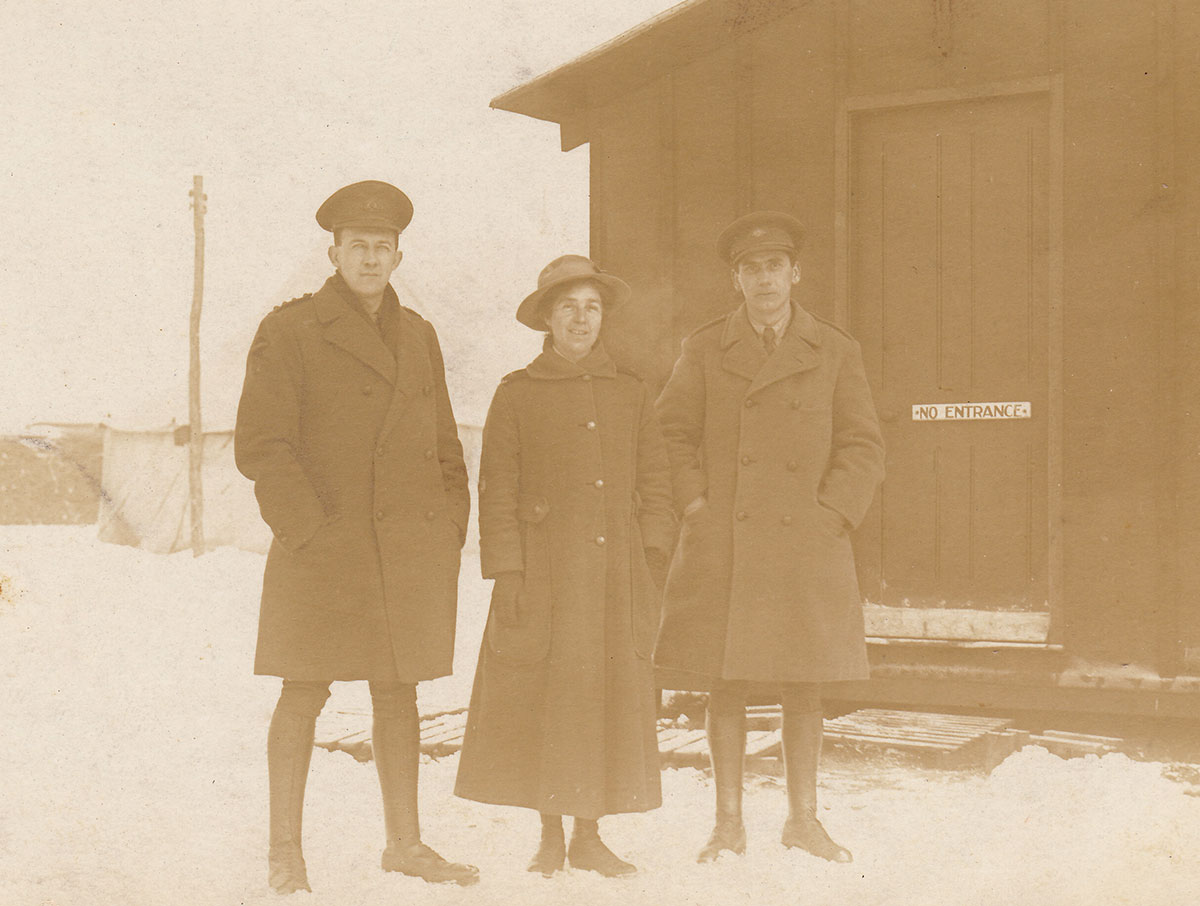 Captain Adam Brydon was with the 3rd Australian General Hospital at Abbeville when he received orders to deploy to the 12th Casualty Clearing Station to support the Ypres offensive.

On arrival he found hungry, tired and dirty men, with many experiencing shock due to blood loss. Brydon noted many of the patients…

“…had never been in hospital before, many had been through the most terrible and trying experiences of battle and had no nerve left to face an operation, and many were in a condition of extreme collapse from the gravity of their injuries.”

Ether was the main anaesthetic. The Shipway provided warmed ether, reducing irritation to the respiratory tract. The Shipway also allowed the anaesthetist to add oxygen.

After the war, Brydon returned to study, obtaining an MD from Edinburgh University for his thesis “Anaesthesia in War Surgery”. Brydon worked at the Alfred Hospital, Melbourne and co-authored the first Australian textbook on anaesthesia published in 1932. 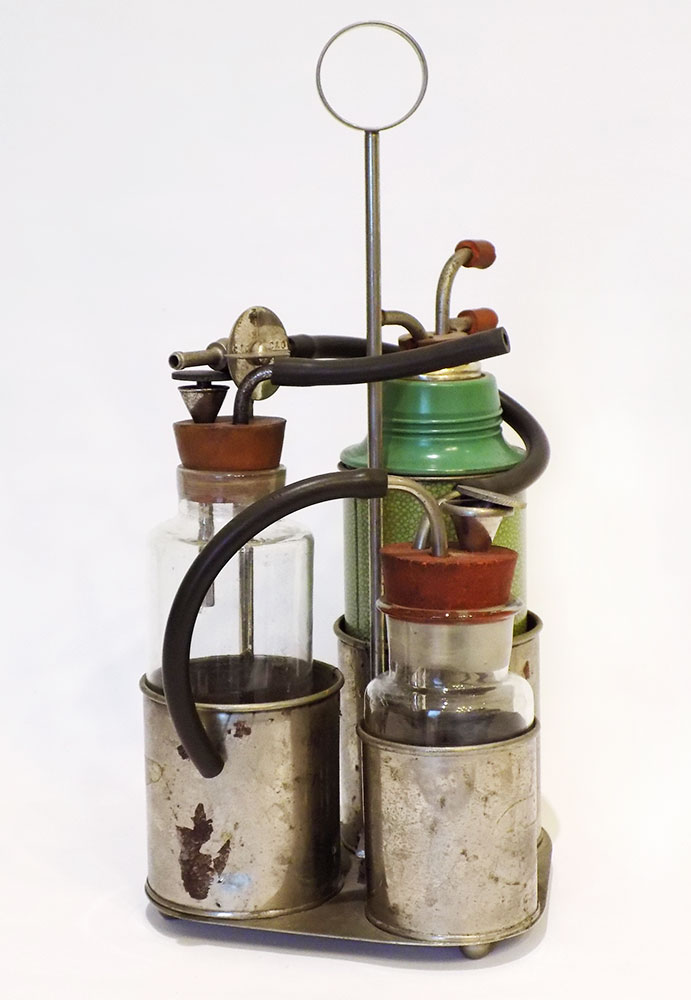 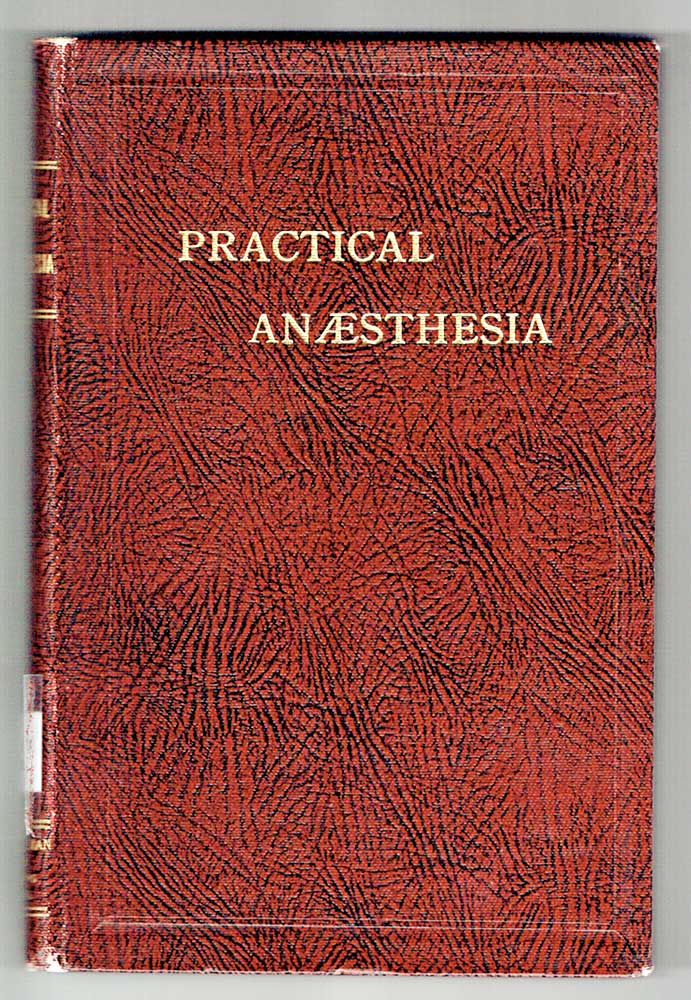 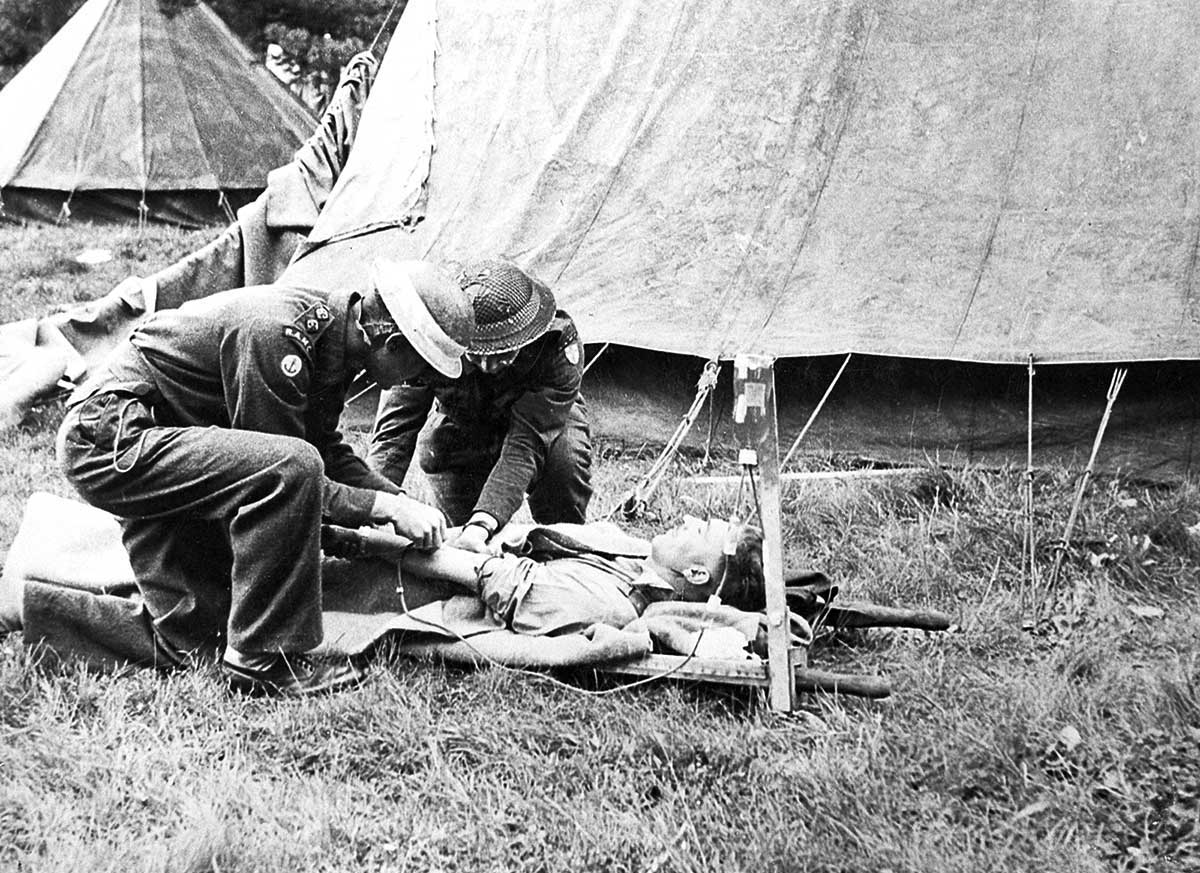 Dr Alan Holmes á Court enlisted as a medical officer in 1916. In 1918, he was with the 4th Australian Field Ambulance on the Western Front. As the front advanced, Casualty Clearing Stations (CCS) became further removed from the battlefield.

Teams moved out to the wounded, providing on-the-spot, life-saving resuscitation. The wounded were then transported back to the CCS or Regimental Aid Post for further treatment.

Kimpton-Brown flasks were used for immediate blood transfusion and were an essential part of the team’s equipment.

The introduction of citrated blood in 1917 meant blood could be stored for up to two hours. Although there were still problems with transport, storage and infection.

On return to Australia, Holmes á Court pioneered blood transfusions in his practice and became the first tutor in anaesthetics at Sydney Hospital. 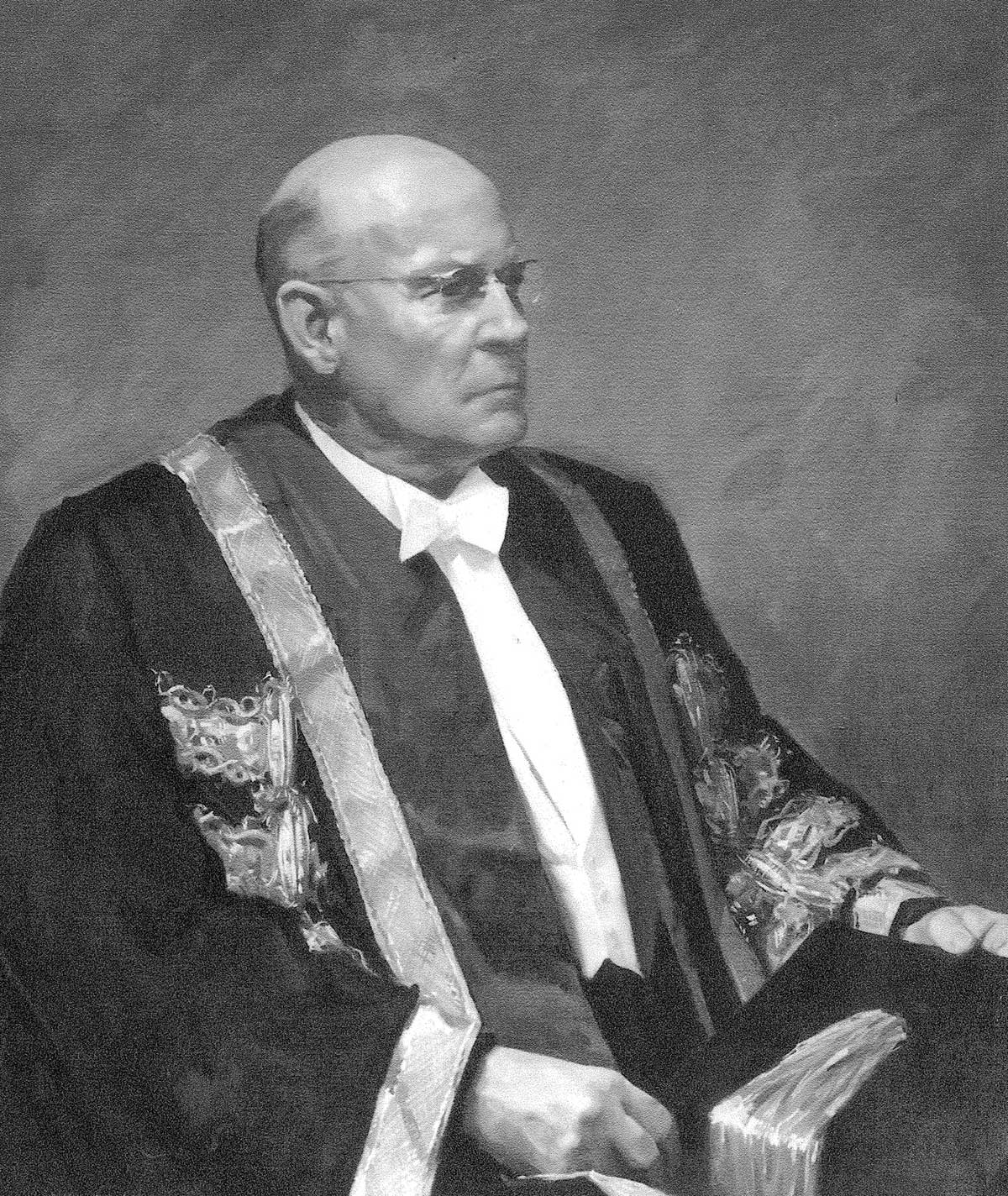 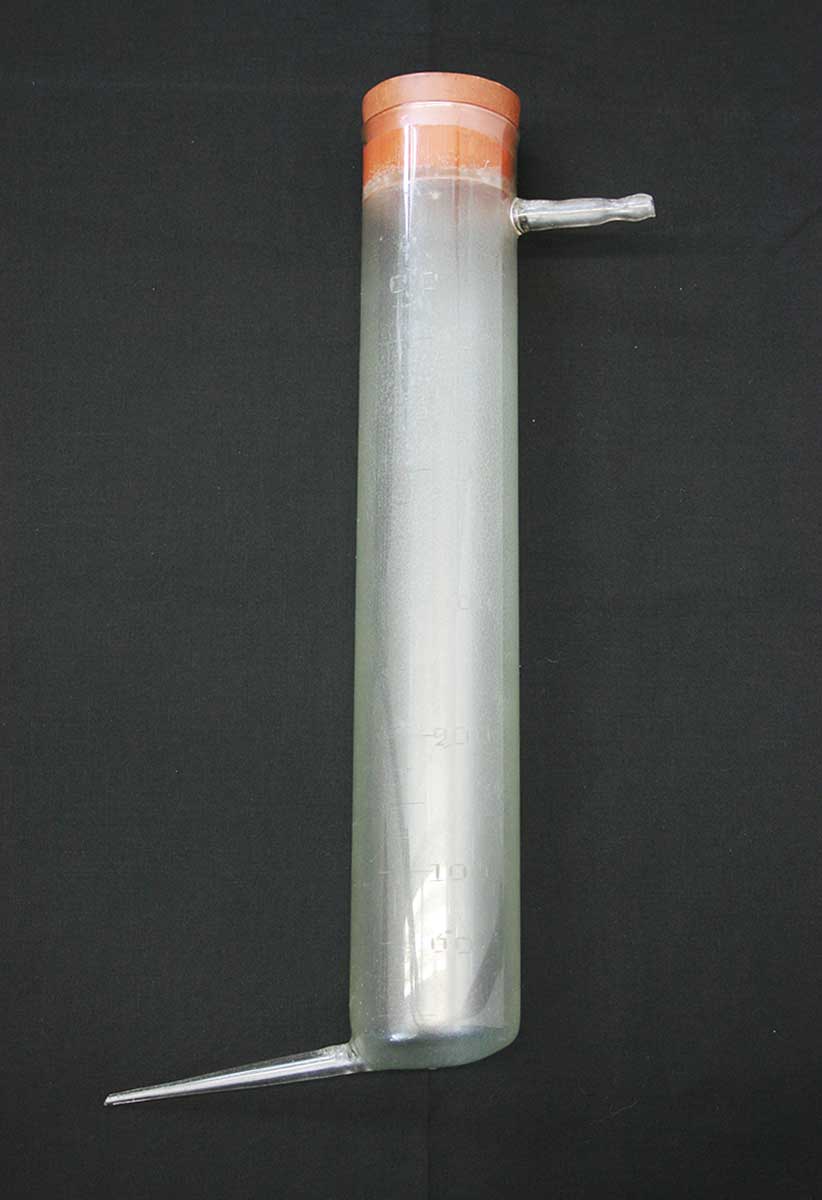 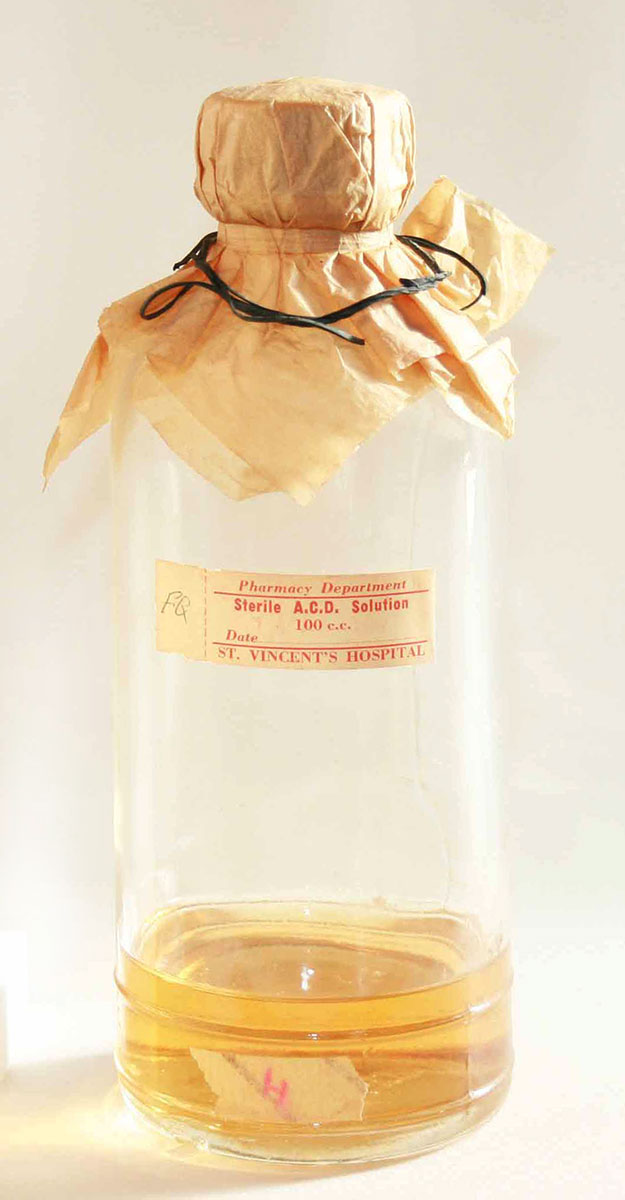