On Boxing Day 2004, a tsunami smashed into Indonesia. The ocean travelled 4km inland, sweeping everything before it. Banda was roiling under mud, sewage, dead animals and people.

Two days later, a team including Wing Commander David Scott and Lieutenant Commander Paul Luckin flew out.  When they arrived in Banda, there were bodies everywhere and the stench of decay was overpowering.

“It was in our mouths, clothes, skin, and hair, and stayed with us for a long time after coming home.”

Most patients were septicaemic, malarial and anaemic. Many had contaminated penetrating limb wounds. Triage was brutal, and surgery was massive debridement. Tourniquets were made with suction tubing and the “sterile field” was the paper from the glove packets.

Amputations were performed using small and carefully titrated doses of ketamine and morphine or midazolam and a trickle of oxygen.

Some died in theatre or immediately afterwards but, most survived. 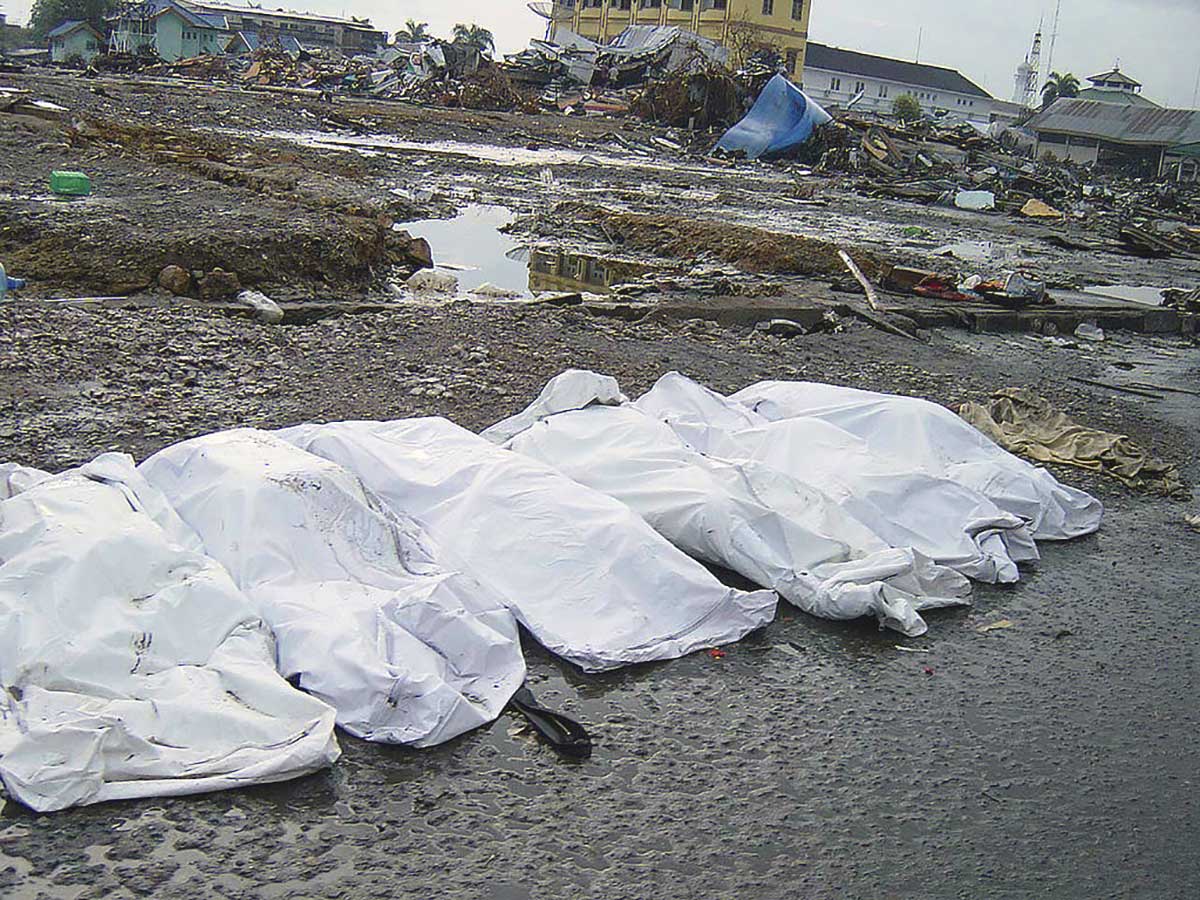 Amid trash and debris, the shrouded bodies of the deceased lay on a street in downtown Banda Aceh, Sumatra, Indonesia,following the massive Tsunami that struck the area on December 26, 2004. ID: 050101-D-0000B-077, US Department of Defense, photographer – Michael L. Bak