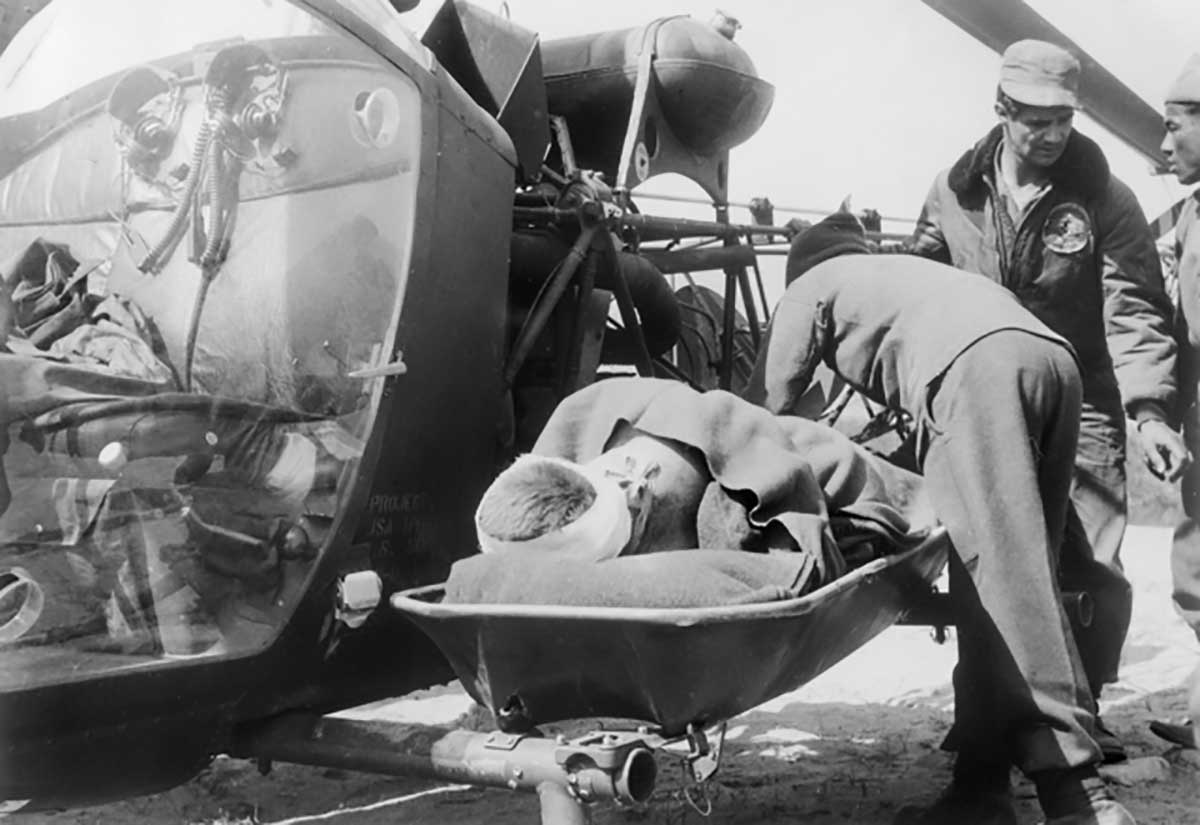 The Korean climate is temperate. The winters are long, cold and dry. The summers are short, hot and humid. The landscape is mountainous. The wounded and injured had to be stretchered down. The journeys were hazardous for everyone, with soldiers’ injuries compounded by the rough ride and merciless cold.

During the war’s first year, frostbite, trench foot and other weather related injuries occurred in equal numbers to those inflicted by artillery.

Early administration of antibiotics became accepted practice, and blood and plasma transfusions were common. However, the blood was seldom sterilised and there were many cases of hepatitis.

Qualified anaesthetists were scarce. So was satisfactory equipment. Anaesthetic equipment could not be shared between international units, largely due to the lack of standardisation between countries. 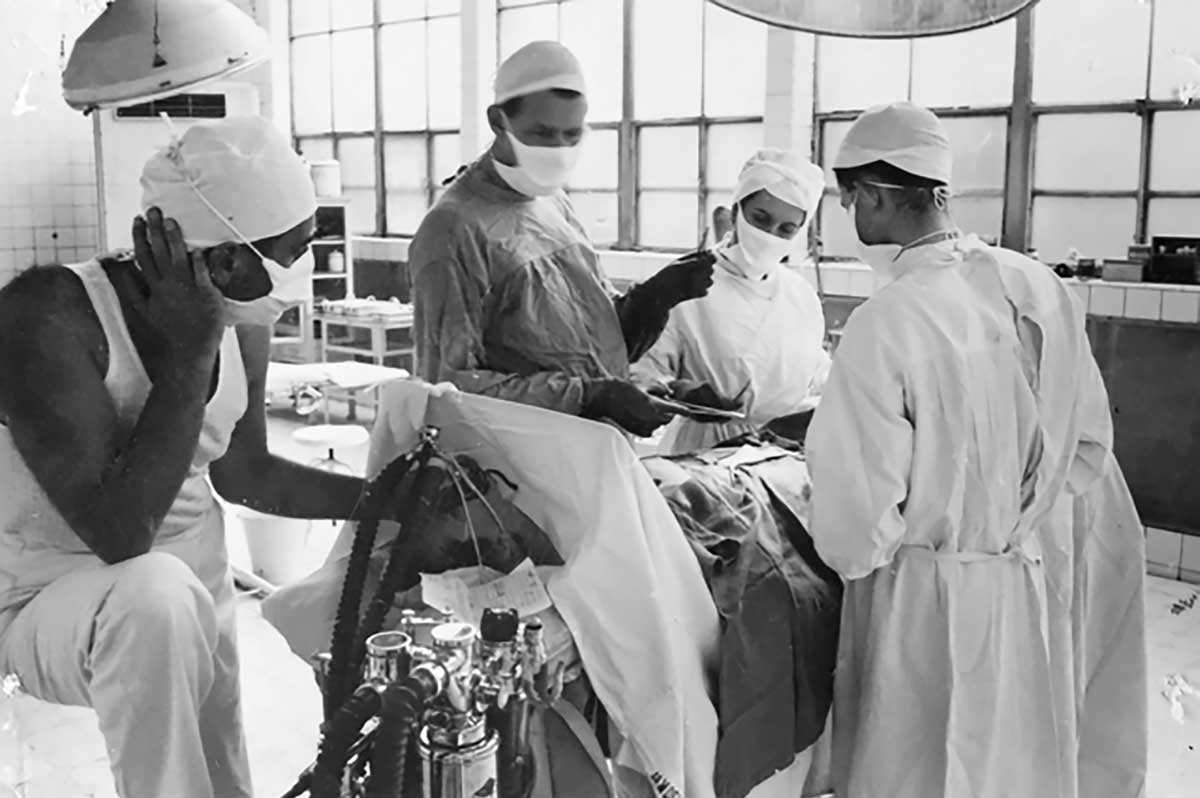 Hill 614 area, Korea, 1951-02-23. A group of soldiers from C Company, 3rd Battalion, The Royal Australian Regiment (3RAR), pause for a break as they haul a stretcher carrying a wounded comrade. Australian War Memorial.