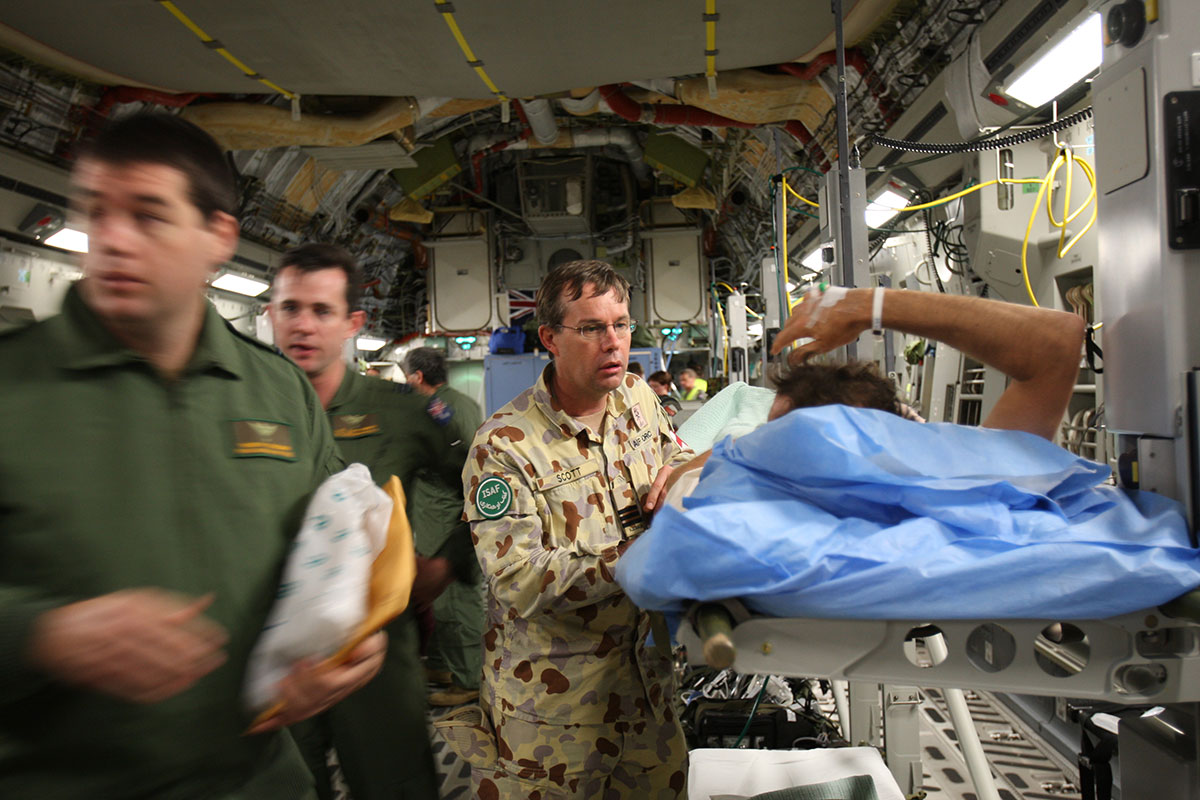 In 2008, David M Scott was deployed to the Forward Operating Base at Tarin Kowt Afghanistan. He was an anaesthetist and intensivist with the Australian Medical Task Force 2.

“Our team was deployed for two months during the summer fighting season. Around 15% of cases were blast injury, typically from improvised explosive devices, 40% gunshot wounds and the rest, a mix of non-battle casualty and illness. Around a third of our work was caring for NATO and coalition partners, the other two thirds were Afghan locals, half of whom were children.”

The team was embedded in the Dutch Military hospital caring for NATO forces as part of the International Security Assistance Forces.

A wounded soldier could be in a major trauma hospital in Europe within 48 hours. The chance of survival following wounding was 90%, and almost everybody who arrived alive at a battlefield hospital survived. 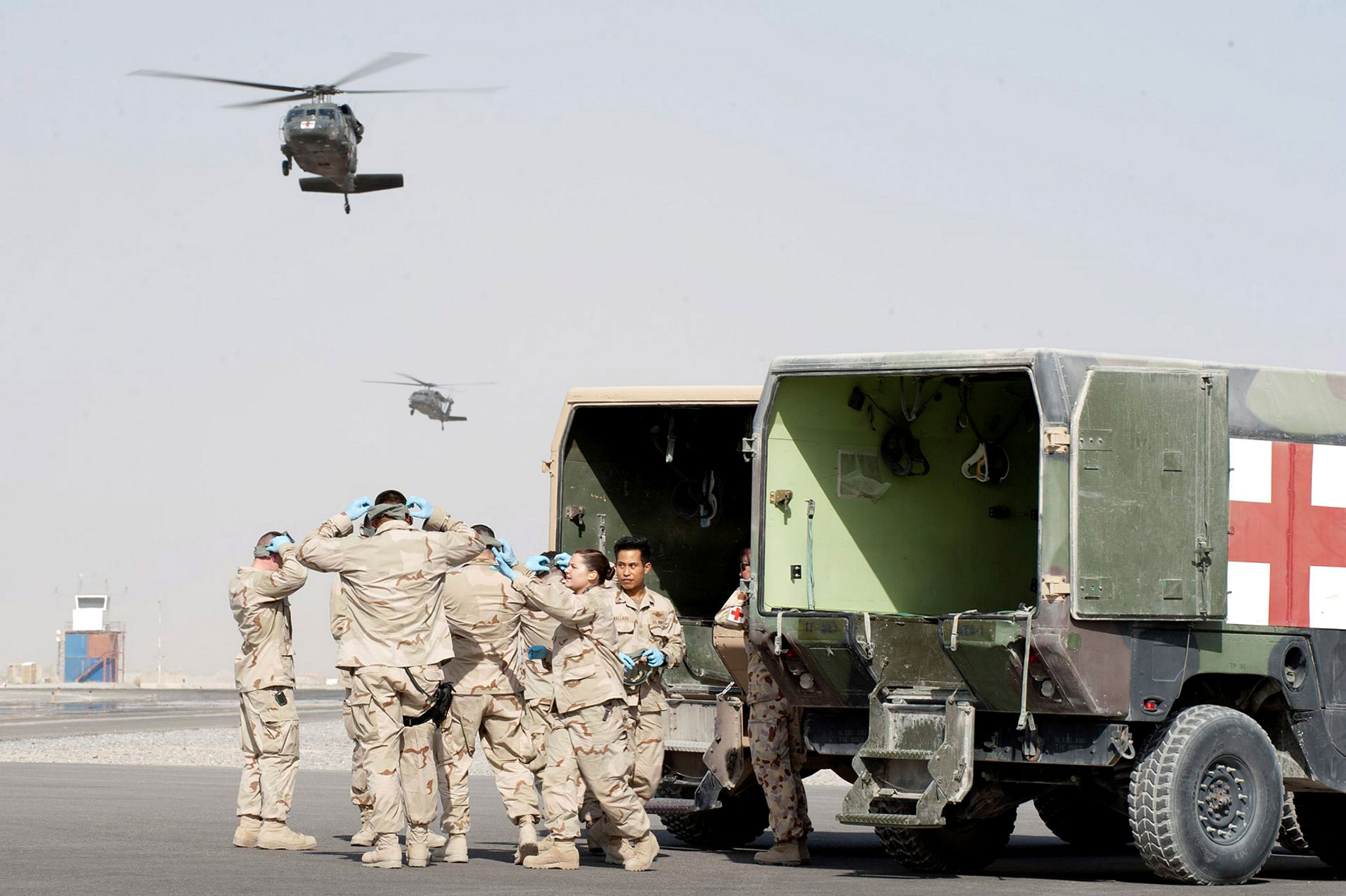 Australian and coalition medics prepare to receive patients from coalition medical helicopters at the landing zone outside the Role 3 Medical Facility in Kandahar, Afghanistan – courtesy of Australian Government Department of Defence

Into the KAF Role 3 and I saw the 2010 Blackhawk crash memorial, my second MCCAT mission. Funny what you remember. Calls to briefings, excitement delaying sleep, and hours of duty looking after hurt men; a sense of honour to serve.

Three “alphas” arrived and our US colleagues switched from “tour mode” to clinicians. We watched silently as they worked on three soldiers missing legs; so began four months. The introduction finished later!

The US anesthesiologists were going home and needed us Australians up to speed. Two weeks later, we instructed the US replacements.

We laughed often and formed bonds only found in war. Life was intense, both repelling and addictive. Asked his weight a soldier joked “I was 155, reckon I’m a bit lighter now!”; he’d lost a leg. We cared for each other; an American noted, “I’ll never work again in such a collegial environment”.

We exalted in simple pleasures. Our Aussie compound had grass. Friends would lie on it, luxuriating in its feel. All gathered at the flight-line smoking cigars and drinking “near beers” on memorable Friday nights.

By mid-2013, the Afghan National Security Forces had taken much of the responsibility for combat operations and healthcare. Even so, there was a prevalence of blast-fragmentation and ballistic wounds to the head. Only Role 3 hospital at Kandahar Airfield had neurosurgical capability in that part of Afghanistan.

Within a week of arrival, Michael C Reade’s team was thrust into the fray. Twenty-nine patients arrived almost simultaneously, each with blast fragmentation wounds.

“We were proud of the sometimes miraculous ‘saves’, including resuscitation from traumatic cardiac arrest, or neurologically-intact survival of a patient whose skull had been penetrated by a rocket-propelled grenade that propelled skull fragments across the midline but did not explode.”

The oft-quoted survival rate was misleading. It didn’t take into account deaths in the days or weeks following wounding

“…but we knew we formed part of a system achieving the lowest severity-adjusted case fatality rate in the history of war.” 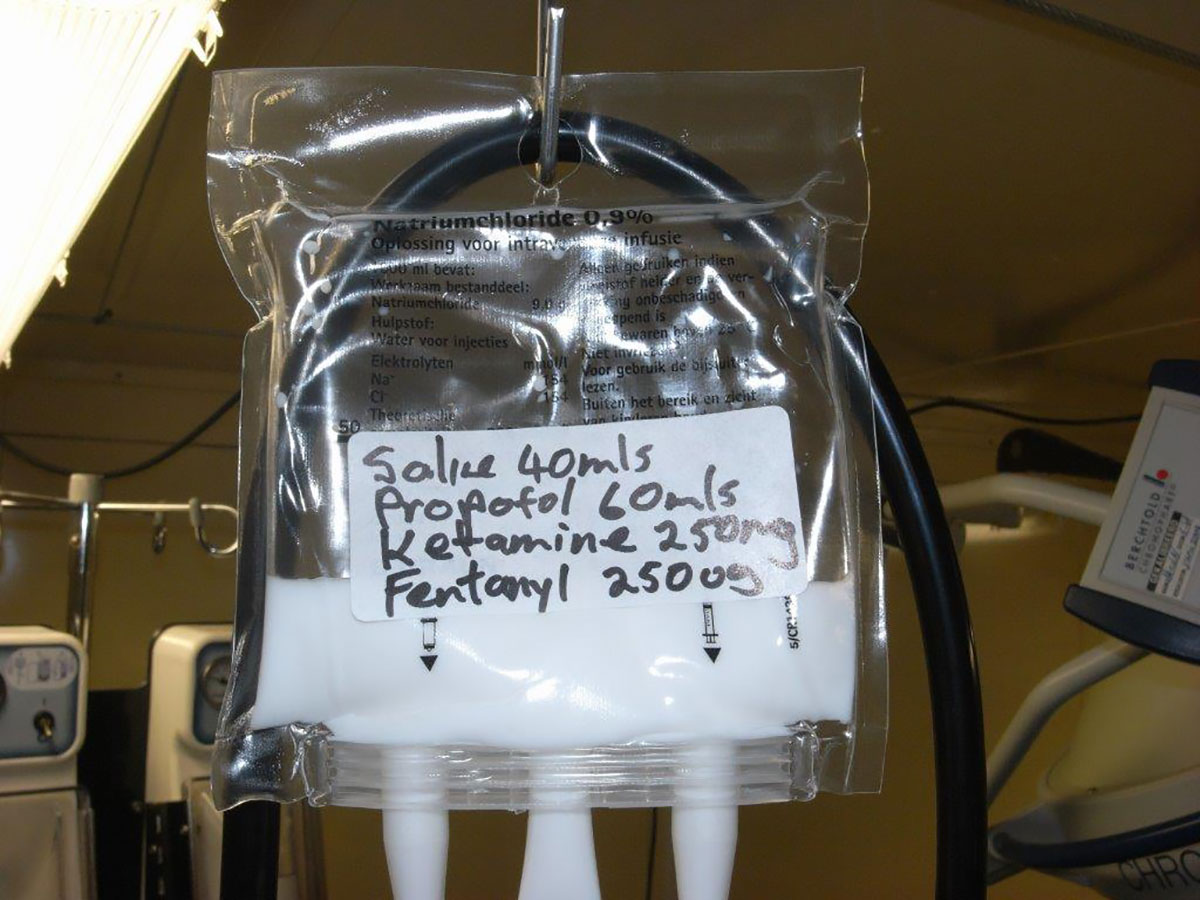 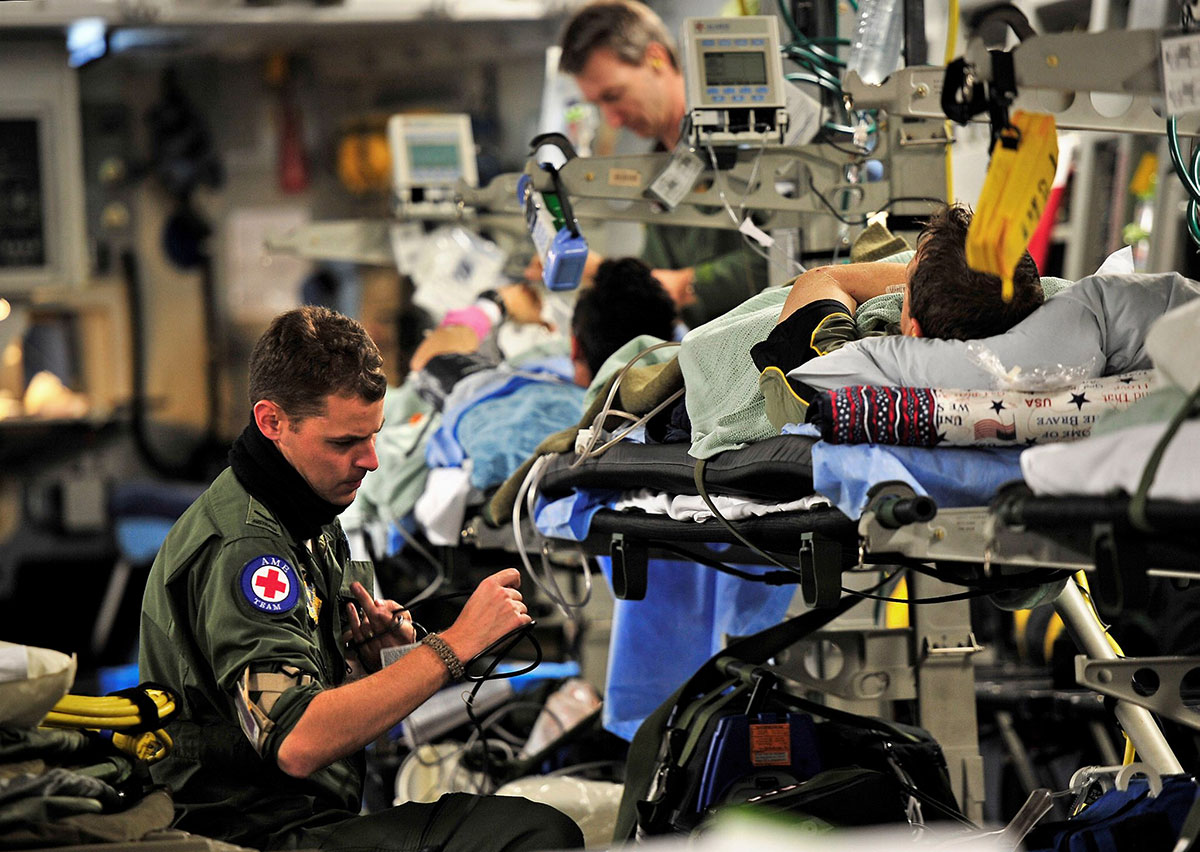 Warfare changed dramatically in the late 20th and early 21st centuries. Troops no longer lined up directly against enemy troops in a clearly defined conflict zone. Current wars involve skirmishes with a near invisible enemy, in an ill-defined, constantly moving space.

The medical response has had to evolve as well and the Military Critical Care Air Transport system was set up in 2007.

Injured soldiers are moved up echelons of care, starting with buddy-care immediately after injury, to a rapid forward aero medical evacuation (AME). AME is usually by helicopter, delivering the injured to an austere surgical facility for damage control surgery – only that required to save life and limb.

Patients are then transported to the next level medical facility for definitive surgery before transport to either a major international hospital or back to Australia.

None of the in-country hospitals have large holdings areas for post-op patients, so patients need to keep moving. 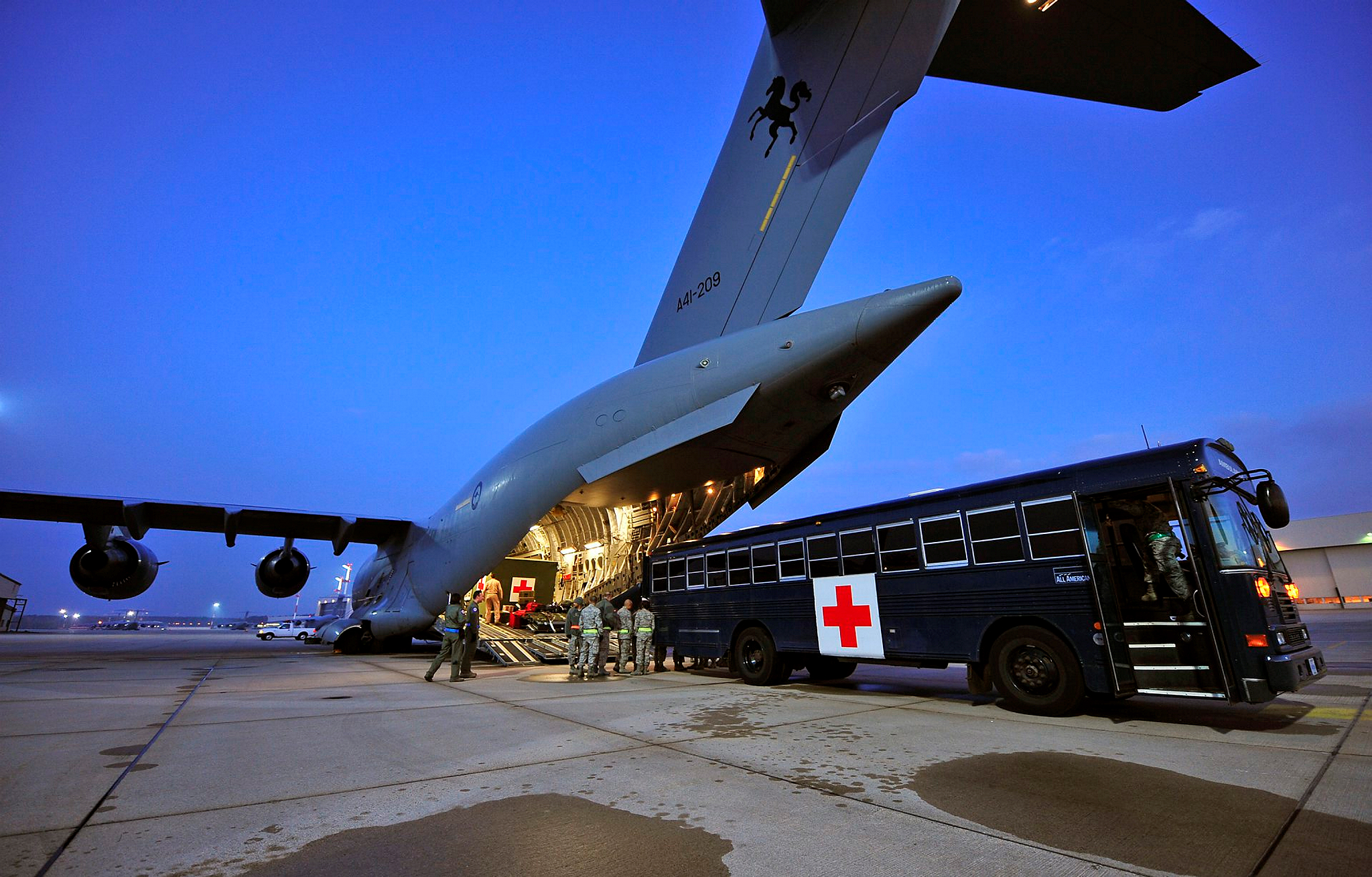 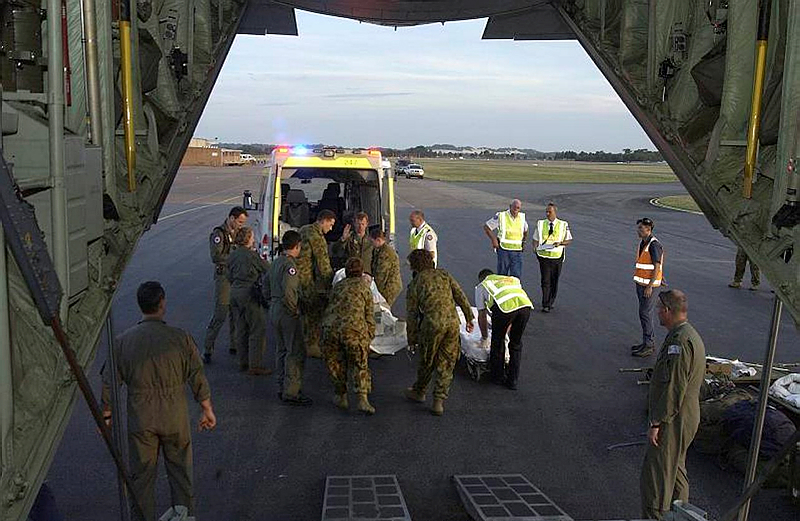