Doctors from Australia and New Zealand have administered anaesthesia and cared for those in pain, during every major conflict from the Boer War to modern day Afghanistan.

Equipment, skills and practices now standard in modern hospitals, often had their beginnings in war zones and were born from necessity.

Trailblazers & Peacekeepers looks at the struggles, innovation and foresight of Australian and New Zealand anaesthetists and pain specialists as they tended to the sick and wounded.

Warning: This website contains graphic images that may be upsetting to some viewers. 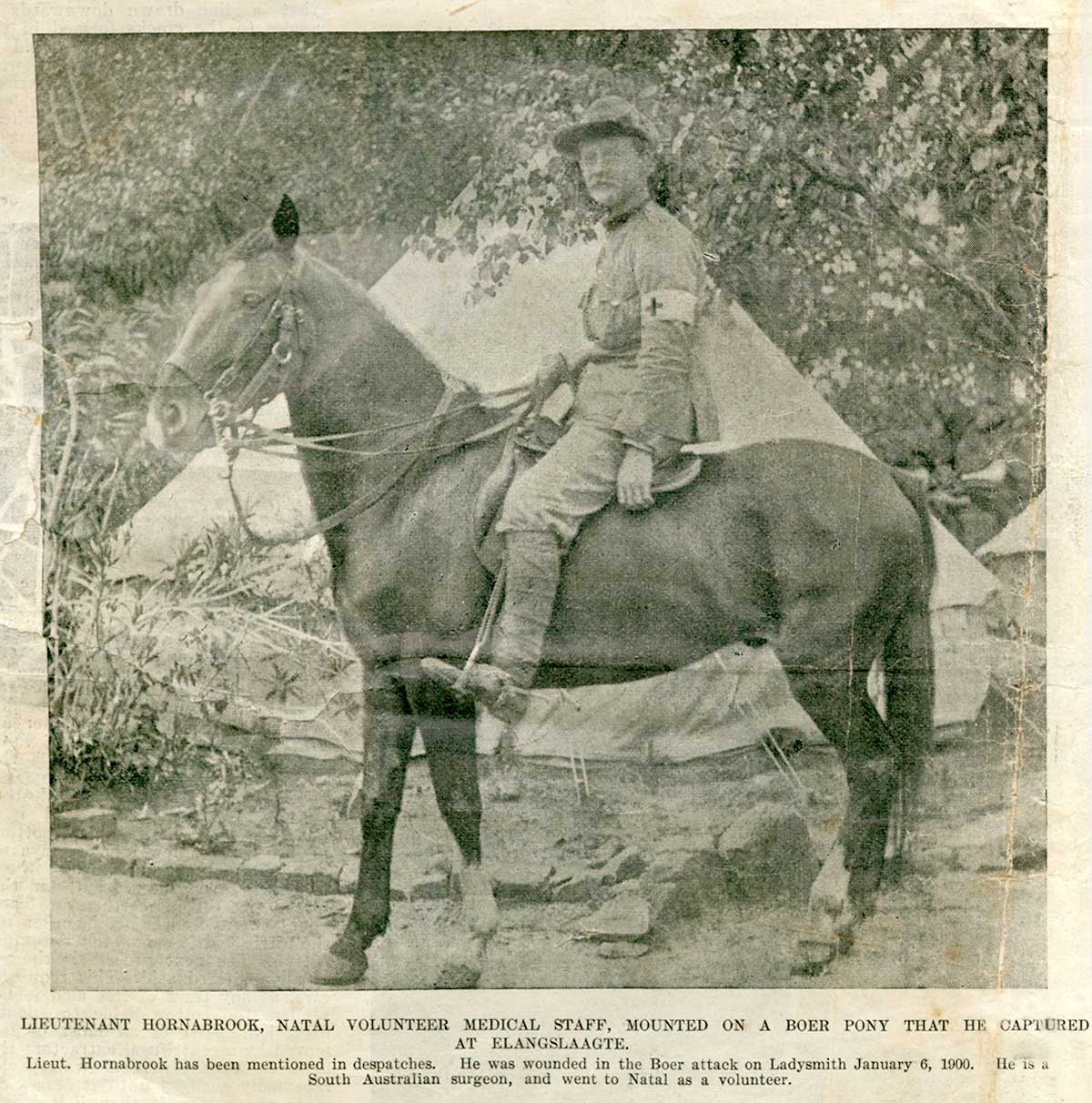 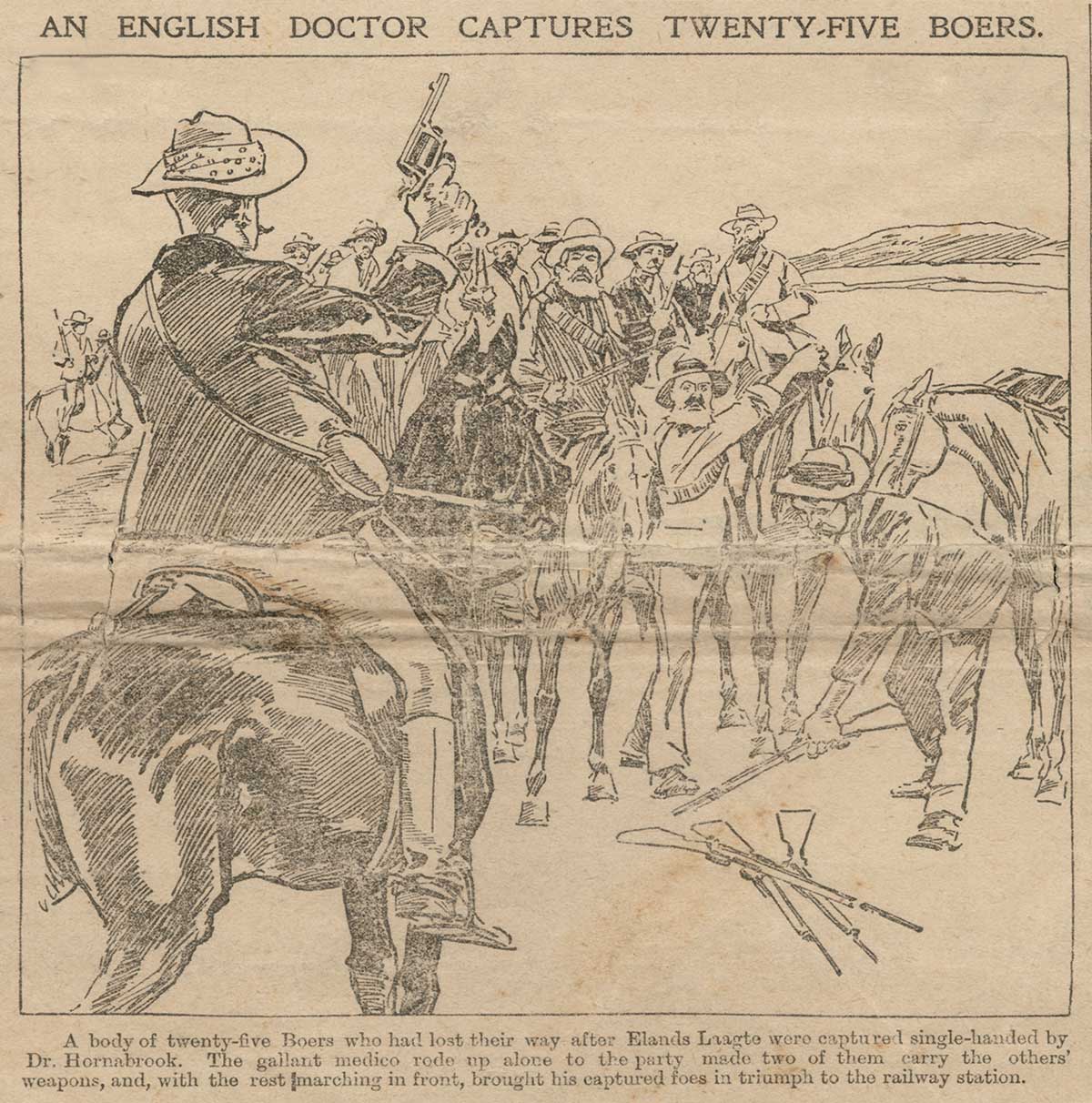 Caption (from newspaper) – Lieutenant Hornabrook, Natal Medical Volunteer Medical Staff, mounted on a Boer pony that he captured at Elangslaagte,  The Australasian, 19 May 1900

Dr Rupert Hornabrook was working as Health Officer at the Johannesburg mines when the Boer War broke out. He enlisted with the Natal Volunteer Medical Staff and was attached to the Natal Mounted Rifles

Hornabrook’s personal notes and letters home tell little of his medical service. Having scouted the battlefield for the dead and wounded, Hornabrook came upon 25 Boer soldiers…

“…I informed them that they must consider themselves my prisoners, they were surrounded on all sides by our men and must lay down their arms, resistance would only mean being shot down.

As it happened there were none of our men within 2 or 3 miles, but it was a case of either myself or they and I had no desire to be taken prisoner.”

Hornabrook became Australia’s first full-time anaesthetist in 1909, served in World War I aboard the HMAS Australia and lost a son in a Japanese POW camp during World War II. 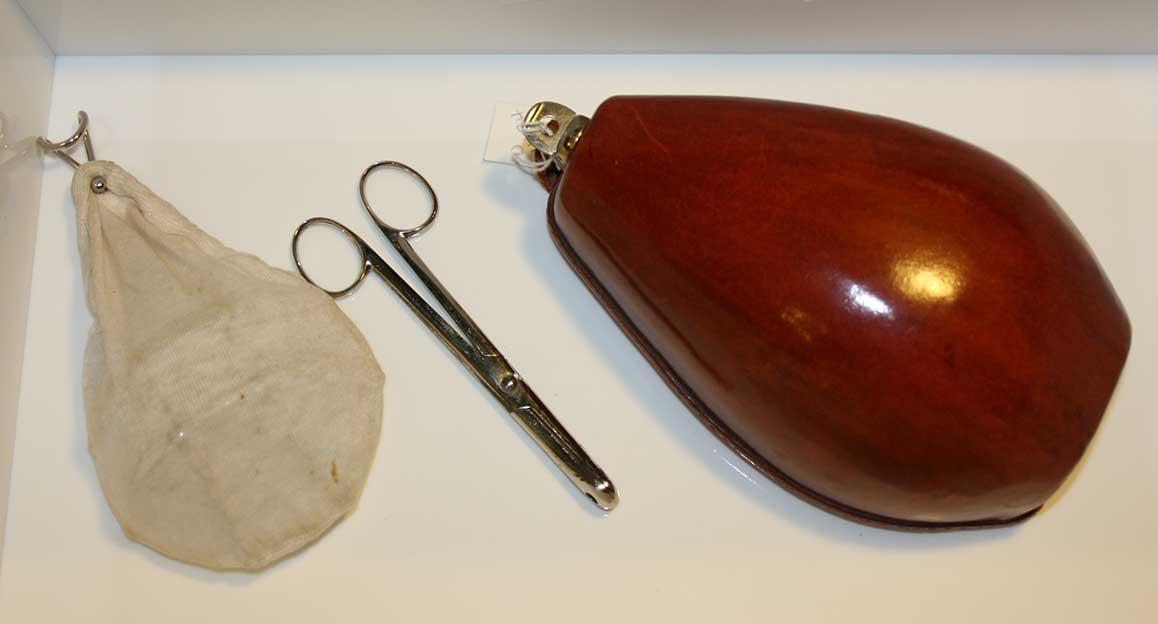 Esmarch compendium, consisting of mask with linen cover, forceps and space for an ether/chloroform bottle. Circa 1895. Geoffrey Kaye Museum of Anaesthetic History 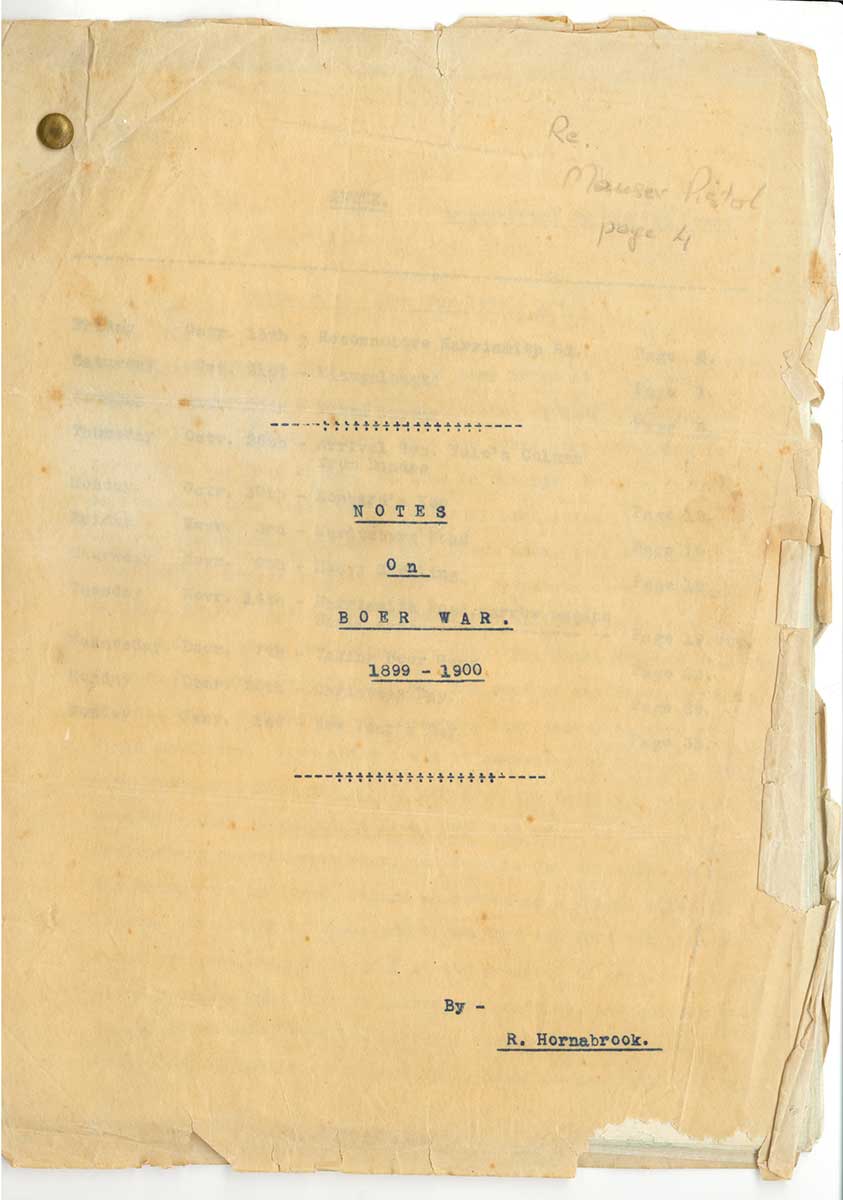 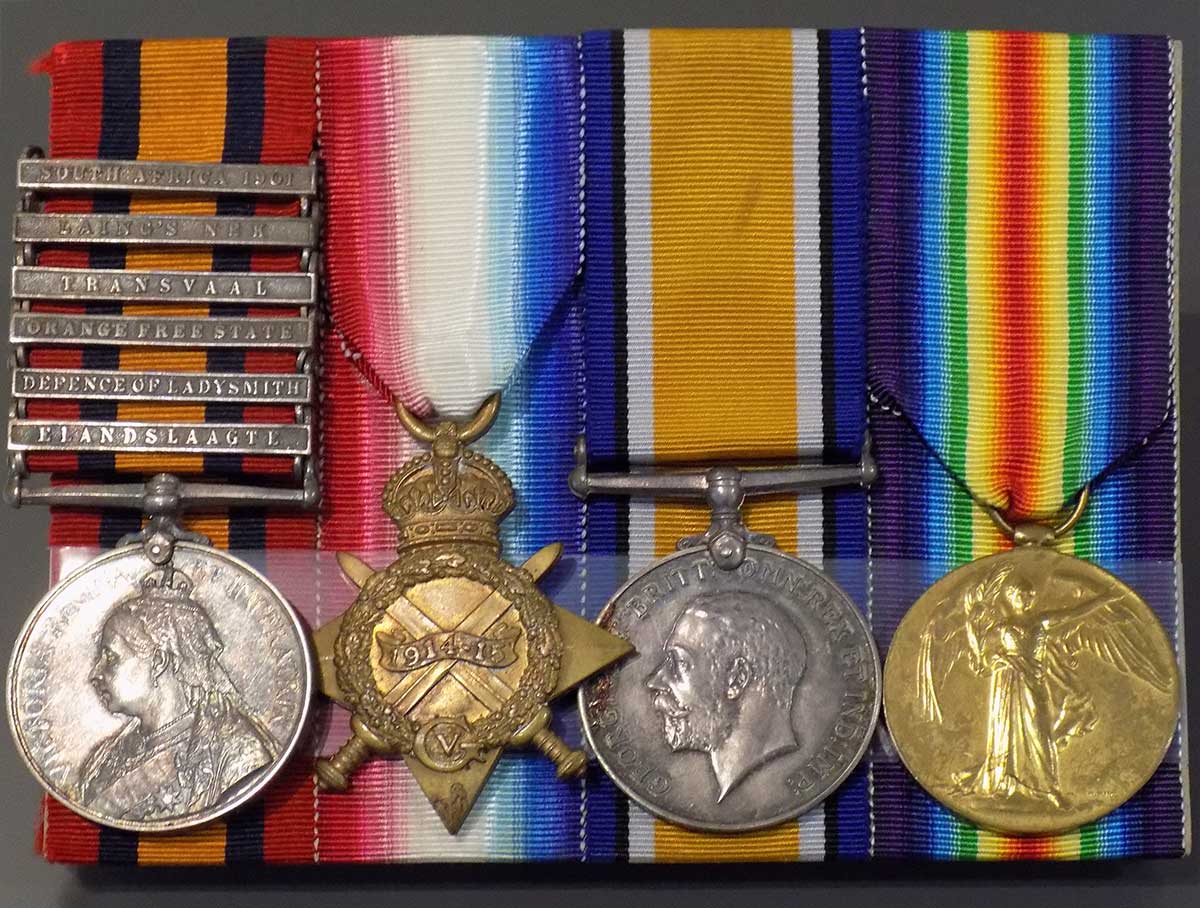