The Rare Privilege of Medicine – a new exhibition

On International Women’s Day we launched our new exhibition, The Rare Privilege of Medicine: Women anaesthetists in Australia and New Zealand. It’s a small offering, highlighting 10 women from the late 19th Century through to the mid 20th Century, but it also features five women from contemporary anaesthesia practice who held, and continue to hold, strong positions of leadership.

The exhibition format often belies the level of research that goes into bringing each character or object to life. This exhibition has been nearly two years in the making yet we can only offer a brief snapshot into the personal and professional lives. These women of history were difficult to find, and aspects of their life were sometimes difficult to verify.

The exhibition has been divided into three major themes: Lady Doctors, No Place for Women, and Leadership.

The “Lady Doctors” deserve special praise. They broke down the original barriers that stopped women from even being able to study medicine. They lobbied the universities, they brushed off the taunts of their peers and academic supervisors, and they stood firm against the fierce opposition which threatened to keep them out of the hospital system.

But, the women who refused to take “no” for an answer when offering their medical skills to the sick and wounded of World War I are no less deserving of praise. These women, refused access to the traditional modes of military service, formed or joined women’s hospital units and went to war anyway. Many lives were saved simply because they were there. During the war there was a critical shortage of doctors on the home front and women doctors were paid the same as men. After the war, women doctors had their wages cut as the medical men returned home.

There are so many examples of leadership in these stories alone, but in 1966 the Faculty of Anaesthetists of the Royal Australasian College of Surgeons elected Dr Mary Burnell as Dean of the Faculty. This is early enough that she may be the first woman in the world elected as Dean of a specialty medical college faculty (give us a shout out if you know of an earlier example). It marks a beginning point for highly visible leadership from women.

What we’ve presented in this exhibition is a snapshot of these women’s lives. And, from there, we would urge you to go and find other women’s stories so they can be integrated into the history of anaesthesia. 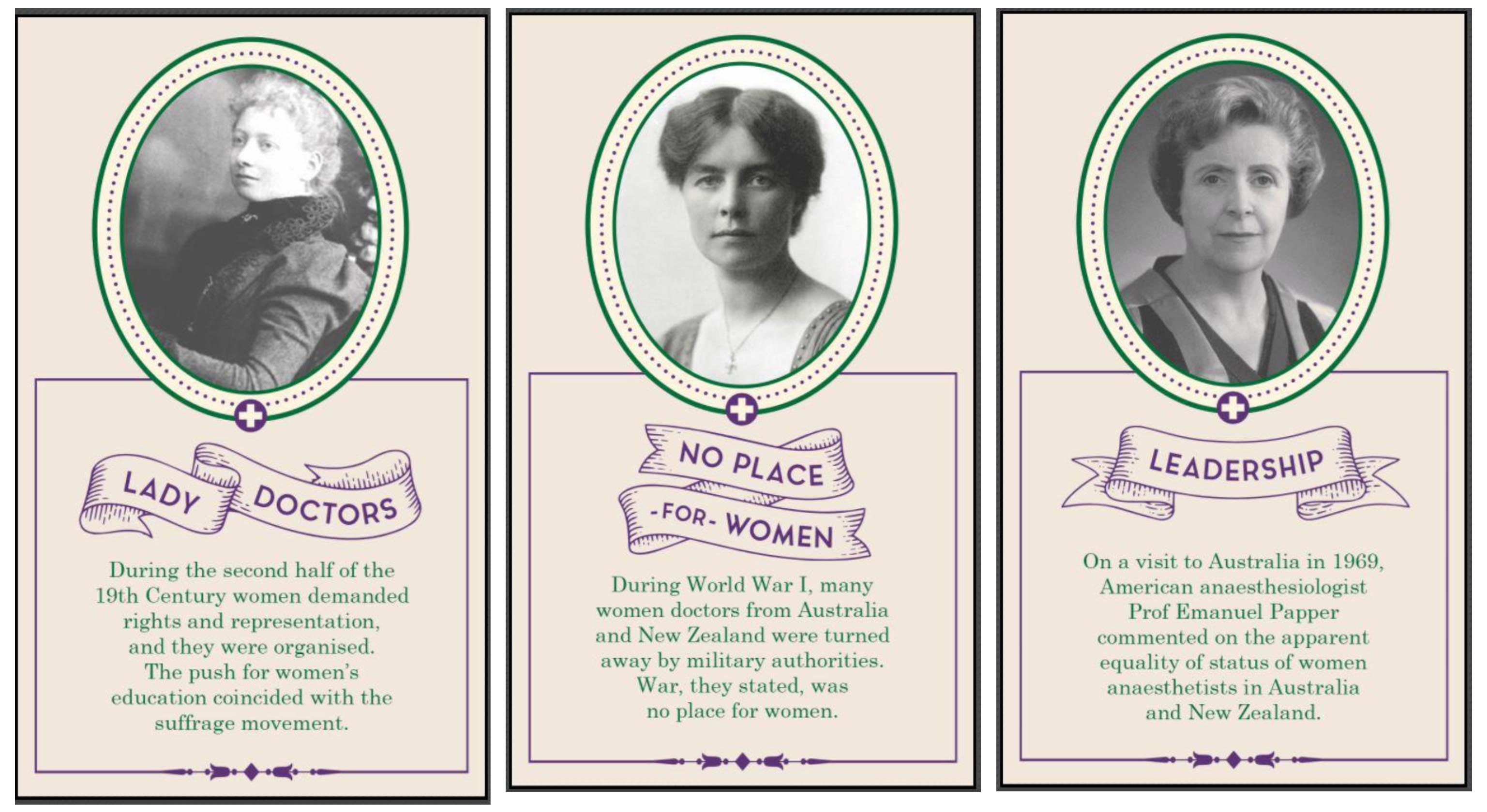 Is it wrong to have a favourite?
Of all the stories we’ve rediscovered, there is one that stands out for me. Lily Jörgensen was appointed as an anaesthetist at St Vincent’s Hospital, Melbourne in 1929. She continued to work there for the next four years until, in 1933, she resigned for health reasons. Interestingly, an official history of surgery at St Vincent’s Hospital called “The Doers” by Ivo Vellar, lists Dr Lorna Bray as the first woman anaesthetist, although she was appointed in 1933, the very same year Lily Jörgensen resigned. Lily was written out of history. But, it’s not the only time this has happened to her.

In 1924, just shy of completing her medical degree at the University of Melbourne, Lily married Australian artist, Justus Jörgensen, so they could travel to France together. She withdrew from her studies and the pair set off for their new, bohemian, artist’s lifestyle.

On the boat, Lily became quite ill. She was paralysed and partially blinded. The ship’s doctor diagnosed her with what, today, we would call multiple sclerosis. Her movement and sight returned.

While in France, they met and socialised with the likes of Picasso and Matisse but they also began to struggle financially. While Justus was creating work, he wasn’t able to sell it as they’d had hoped. It was decided that Justus should continue to focus on his art, and Lily should complete her medical studies and become the breadwinner. Medicine would offer a regular, steady income stream which art couldn’t necessarily provide.

The couple relocated to London in 1926 and Lily enrolled in the London School of Medicine for Women. Upon completion, the couple returned to Australia. At first Lily had difficulty finding work. Eventually, she was appointed as an anaesthetist at St Vincent’s (presumably an honorary position), while maintaining a private practice. Justus continued to pursue his art practice although it wasn’t as successful as either hoped. In 1933 Lily had a serious relapse and decided to resign from the hospital, but maintained her private practice which was focused on psychoanalysis and contraception.

At around the same time, Justus was beginning to formulate an idea for developing an artists’ colony. The pair bought property near Eltham and, along with other prominent artists of the time, began to realise his dream. Montsalvat was created and is today Australia’s oldest artist’s colony.

Searching through the many accounts of life at Montsalvat, looking for the influence of Lily Jörgensen to this artistic institution in Australia, revealed her as a “bit” player. The history of Montsalvat is, understandably, taken up with Justus and other prominent Australian artists of the time. Yet, how much of it would have been possible without Lily’s contribution? There is a special thrill in being able to shine a spotlight on her. 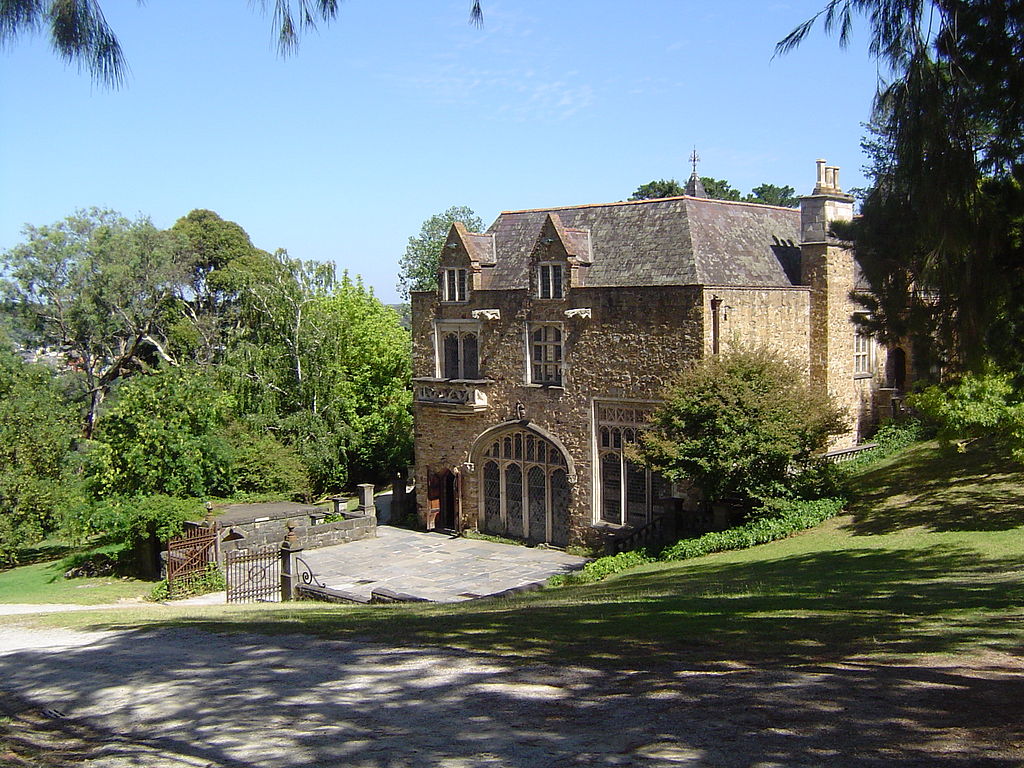 Why are these stories important?
The stories we’ve delivered in this exhibition show women at the coal face, especially in those early years. These weren’t women who were inventing, researching or publishing, these were women who, incredibly, turned up every day, despite the abuse and hostility directed at them. They can be very difficult to find because they are, effectively, hiding in plain sight. They are hidden by the veil of “greatness”.  The early history of women in anaesthesia need not be, and probably isn’t, a history of great women in the way we would normally apply that term. The authority and expertise necessary to invent, research and publish, the traditional hallmarks of greatness, came later for these women, often many decades later.

The American historian Joan Kelly-Gadol wrote that there are undoubtedly women who need to be “restored to their rightful places” but this can, and should, be taken to mean the many women, and not just a few. Women were there, and some priority and urgency should be given to bringing their stories out of the shadows.

Care should be taken not to simply replace the “history of great men” paradigm with a “history of great women” one. But, failing to routinely include women’s stories risks creating a false homogeneity for history. Including women’s stories in the larger history of anaesthesia will make the already known stories more full and vibrant. It will also undoubtedly uncover stories that haven’t been heard for a long time and will be valuable in their own right, as well as being a source of inspiration and pride for future anaesthetists, both men and women.