In 1829, New York introduced poison labelling but only for arsenic and prussic acid (hydrochloride cyanide). Both had been used in accidental poisonings and deliberate murder.

The Illustrated London News called for poisons to have luminous stoppers. At that time luminous objects were made with radium, a radioactive poison.

The 1902 Sears catalogue covered everything from fashion to pharmaceuticals.

It offered cures for headache, a weak heart or morphine addiction. Prices were listed with a single unit price, with reductions for bulk orders. Each product claimed to be the ultimate cure often based on testimonials.

Today, legislation restricts pharmaceutical advertising, although New Zealand and America both allow direct-to-consumer advertising. Active ingredients, dosage, strength, and administration route for example, need to be clearly and legibly stated on the label.

Medicine can also be poison.

Medicine peddlers of the 19th Century used a number of tricks and stunts to sell their products. Some opened offices in the medical district of large cities, plying their trade next to qualified medical professionals.

Newspaper and magazine advertising were an important part of the repertoire. Testimonials featured strongly and ingredient lists were conspicuously absent. In Australia, the Attorney-General, Alfred Deakin (1901 – 1903), was unwilling to regulate the industry, believing the market would resolve itself. Advertising for medicines could make any claim and labelling did not need to be particularly informative.

During the 20th Century, advertising and labelling of pharmaceuticals changed dramatically. Legislative changes were designed to inform consumers and health care professionals. 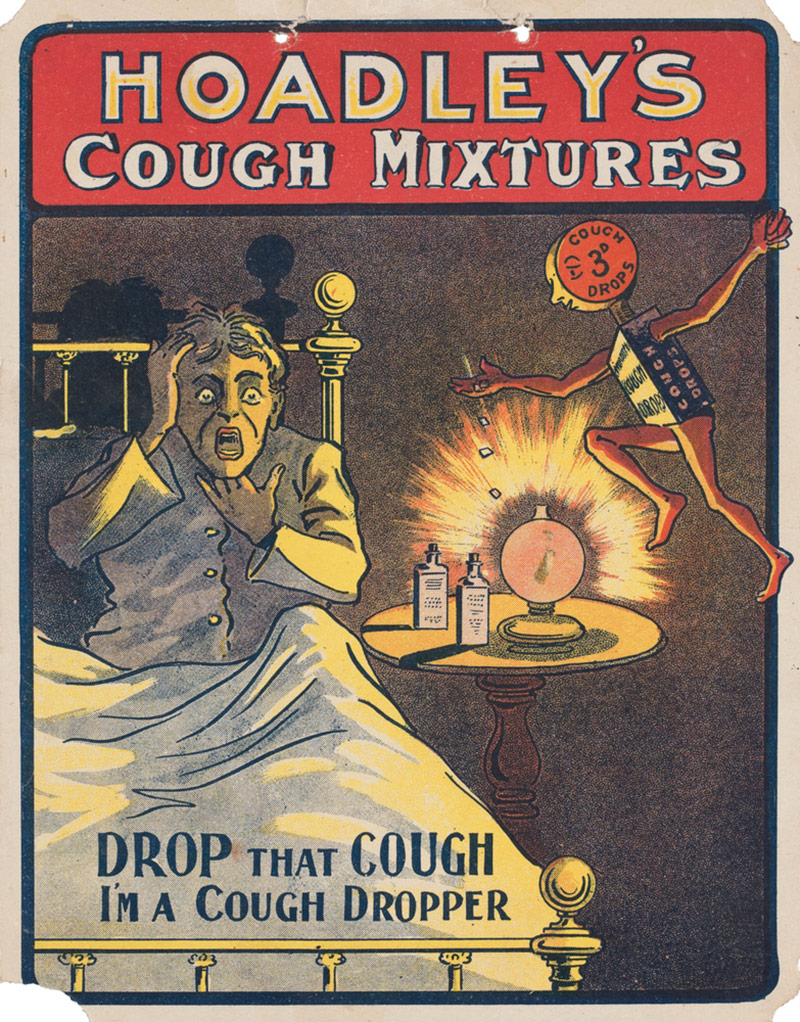 In 1950s Australia, cough mixture with heroin was available from the chemist. No prescription was required.

Advertising was widespread, including newspapers and magazines.

In 1954, New South Wales planned to ban heroin from cough mixture when existing stocks were exhausted. 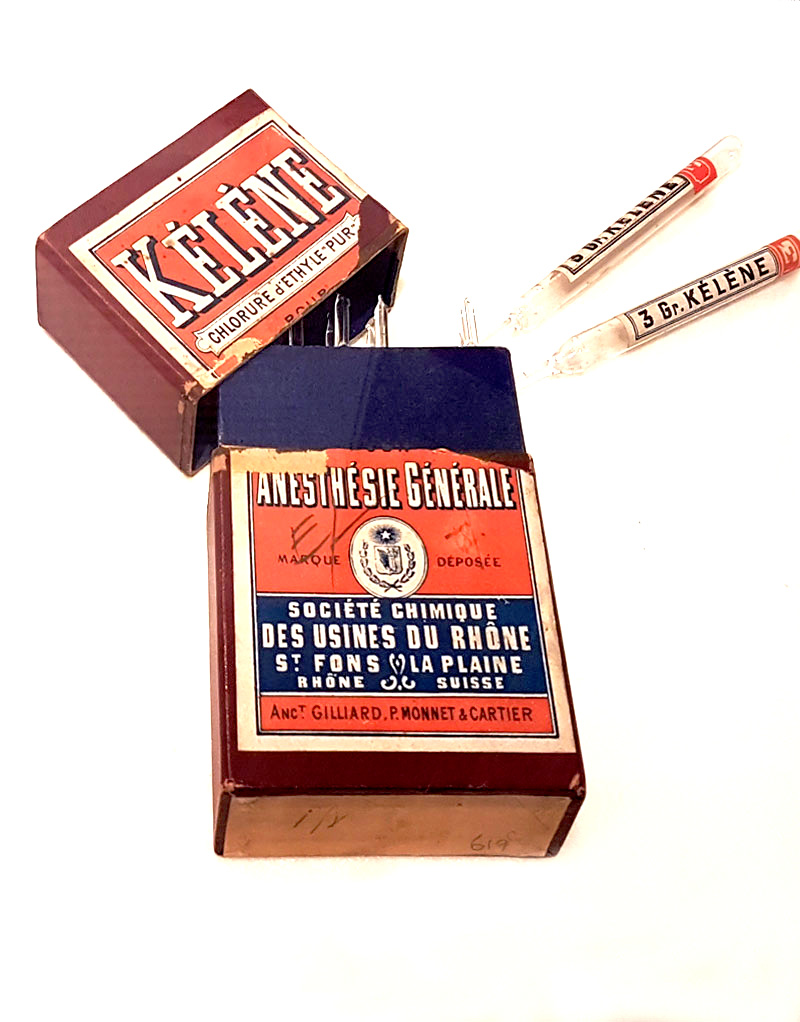 The Kèléne label uses large lettering, clearly indicating its use as a general anaesthetic. Both the tradename and generic/chemical name are present, along with manufacturer details. However, as compounds became more complex, labelling difficulties emerged.

The term “snake oil” is believed to have come from the use of rattlesnake root (Polygala senega) to create folk medicine. The term became popular in 19th Century America to describe quack remedies. Advertising for these products included all sorts of claims and the composition of snake oil medicines differed. Some claimed to be able to cure almost anything, while others claimed to be the definitive cure for particular ailments. Many of the snake oil products had little, if any, health benefit. Some were incredibly toxic and potentially lethal.

Perry Davis’ Vegetable Pain Killer was among the first advertised remedies for general pain, instead of a particular type of pain. It was widely regarded as a wonder drug. Although opium and ethyl alcohol were the major ingredients in the original recipe, they didn’t need to be listed on the label. This bottle is not the original Perry Davis Vegetable Pain Killer – there’s no opium in it, suggesting it could even be early 20th Century. In this recipe, capsicum is probably the active ingredient.

Pharmaceutical advertising in Australasia has strict guidelines. Advertisements must not suggest a product is unfailing, magical or miraculous. There must be no guarantee of cure. The product cannot claim to be effective in all cases, and must not claim to cause no harm, or have no side-effects. Testimonials, professional recommendations and endorsements are also banned. 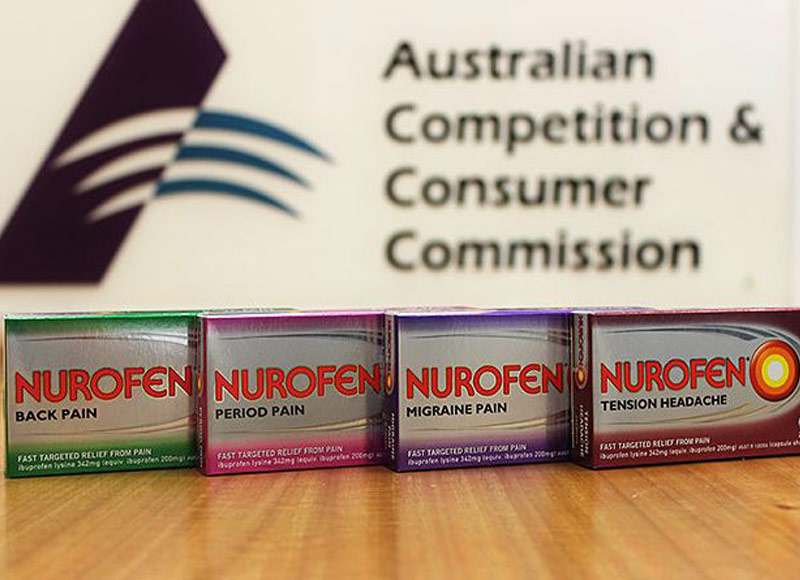 In 2015 a range of ibuprofen tablets were removed from the Australian market. Each tablet type claimed to target one of four specific types of pain, although the formulation for each was identical.

The company was found to have mislead consumers through its marketing and labelling. 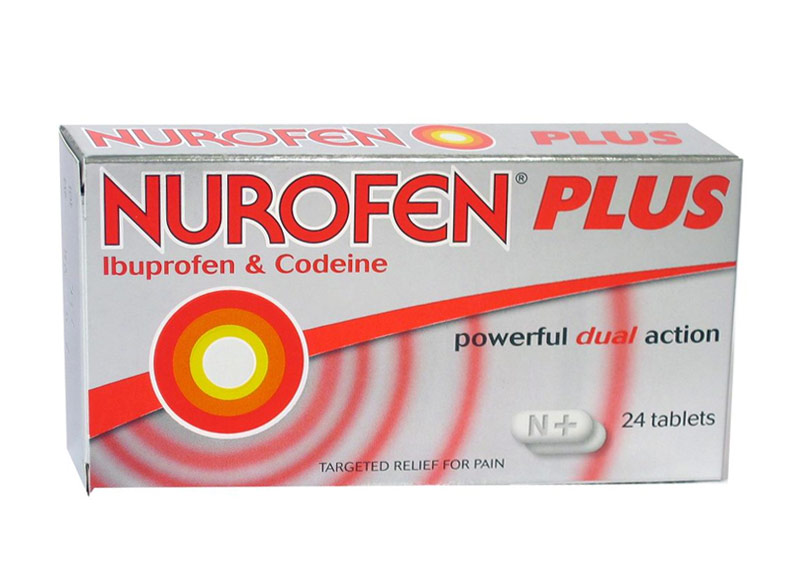 OVER THE COUNTER MEDICATIONS

Many medications are available from the chemist without a prescription. Those containing codeine are generally developed with 8 – 15mg of codeine, while the lower limit for therapeutic benefit is considered to be 30mg. At that level, a prescription is required. Are these pain medicines really doing what you think they are? 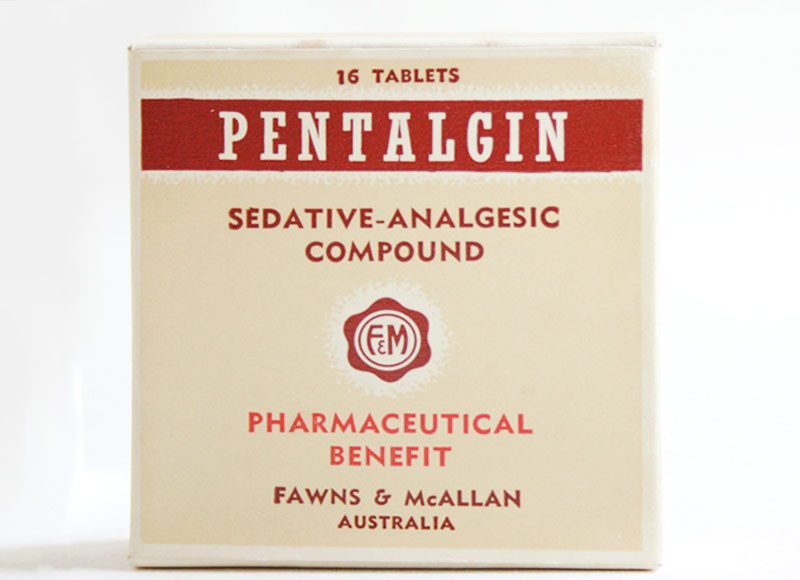 HOW DOES CODEINE WORK?

Codeine works via certain tiny areas, called opioid receptors, in the central nervous system. The body routinely converts it to morphine, which is a highly effective painkiller. The conversion of codeine to morphine takes place in the liver through an enzyme called CYP2D6. Not everybody has that enzyme.