Medicines were once drawn from the natural world of plants and animals, usually from a community’s immediate environment.

Important plants, like the opium poppy, were celebrated and traded around the world.

Herbs and other plants were central to health care, while illness was often attributed to witchcraft. Pain was considered punishment for human error.

The theory of the four humors, airs or elements, existed in medicine from Hippocrates through to the 19th Century. Keeping the humors balanced was the key to health.

Galen of Pergamon, a Greek physician, surgeon and philosopher, born in 129CE, added anatomy to the humors. However, his knowledge was drawn from animals, thinking their structure and function to be the same as humans.

Medical practice was a haphazard mixture of folk cures, astrology, religious incantations and lessons from the Greeks. 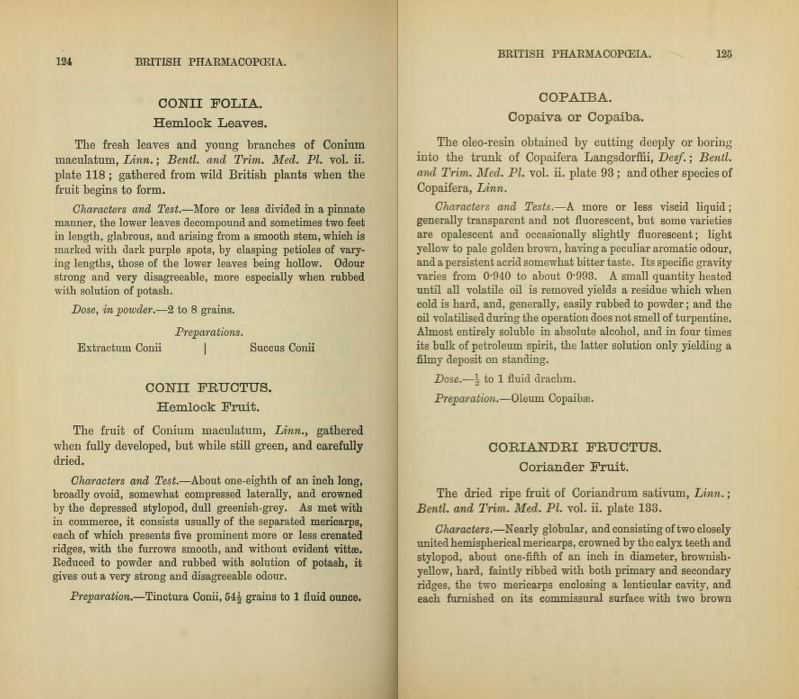 A 12th Century English manuscript records a Viking recipe to produce a deep, artificial sleep, that allowed “for men to cut them” while they slept. Hemlock, opium, henbane, lettuce, pig’s bile and vinegar were added to wine to create a drink called dwale.

Vikings were renowned for their ferocious fighting ability and style. Often clad in little more than a bear skin, Viking warriors, called berserkers, were able to whip up a battle-fury that couldn’t be turned off until they, or their enemy, were dead. Legend says berserkers couldn’t feel  pain, which is a frightening idea for a combatant.

The existence of this recipe suggests even berserkers felt pain from time to time.

Hemlock is related to carrots, parsnips and fennel. As a medicine, it is a sedative and antispasmodic, used in antiquity for a variety of maladies.

In Shakespeare’s Macbeth the witches use hemlock in their brew but were careful not to drink it themselves.

Although notoriously difficult to prepare and store, information for preparing hemlock appeared in the British Pharmacopoeia until 1934. In high doses it was neurotoxic, causing respiratory failure and sometimes death. 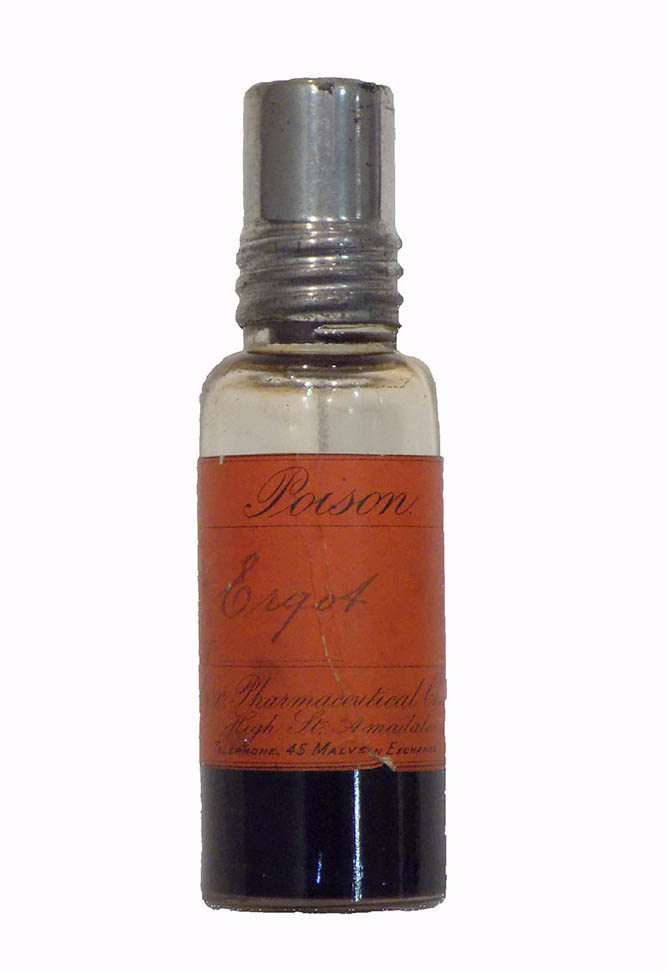 Fungus growing on rye was responsible for St Anthony’s Fire, a disease that caused convulsions and gangrene of the extremities. The fungus, Claviceps purpurea, was also used to create ergot. From the 17th Century ergot was used to control postpartum haemorrhage and cause contraction of the uterus. 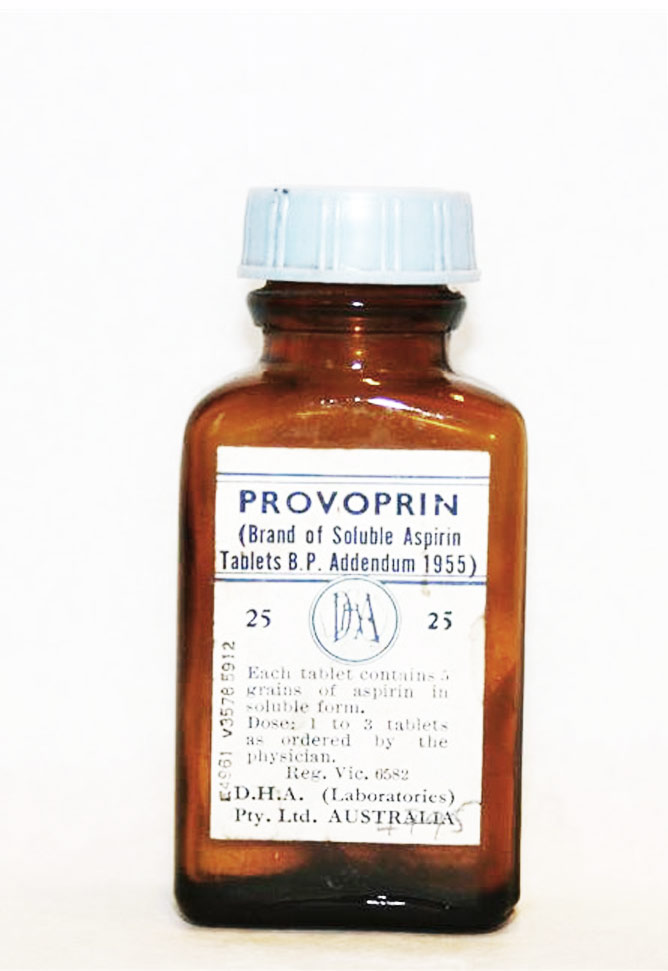 Hippocrates recorded the bark of the willow tree was useful to relieve fever and pain. The German drug and dye company, Bayer, developed aspirin in the 1890s. Acetylsalicylic acid, found in willow bark, is the active ingredient. 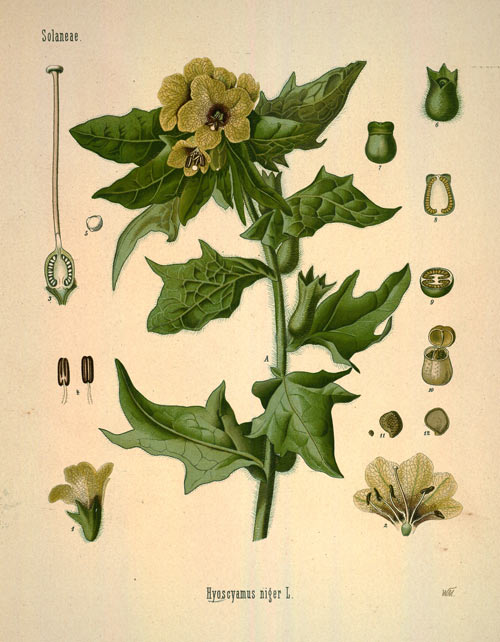 All parts of henbane, the leaves, seeds and roots, contain alkaloids, such as hyoscyamine, atropine, tropane and scopolamine. It is a bronchodilator, anti-sialogogue, urinary bladder relaxant, spasmolytic, hypnotic, hallucinogenic, pupil dilating, sedative and anti-diarrheal.

Henbane was used in ancient Greece as a sedative, and in folk magic for raising shades from the underworld. It was used in love potions and was found in beer until the Middle Ages.

Henbane may also have been the source for the atropine used from Cleopatra’s time to the Renaissance to dilate women’s pupils for cosmetic reasons. 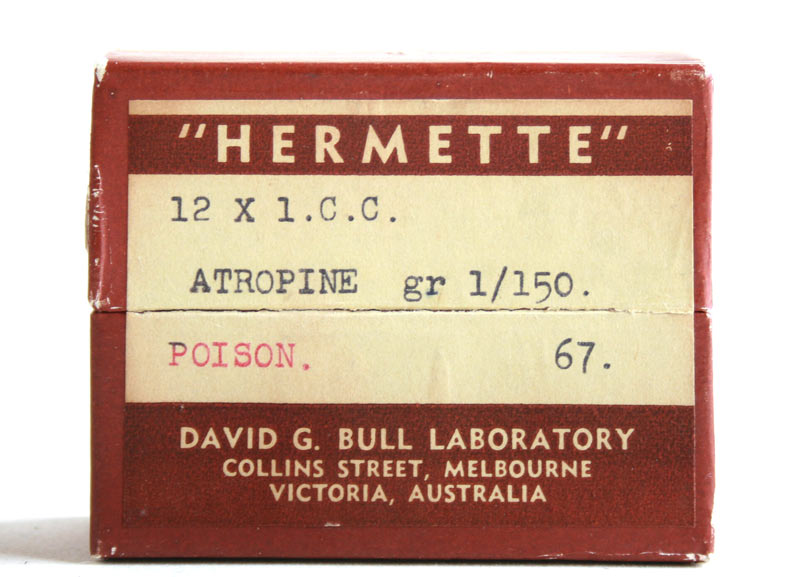 The Chinese used a local plant called Ma Huang as a bronchodilator for treating asthma in 1500 BCE. It was dried into a bitter, yellow powder. It relaxed the bronchial muscles, making the airways larger, enabling air to pass through the lungs more easily. 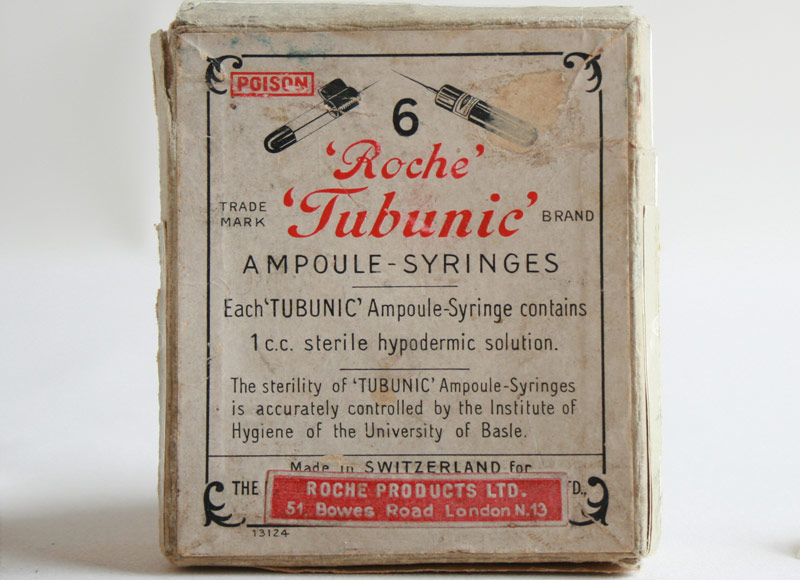 Atropine is an antidote for certain neurotoxins and is recommended in cases of poisoning. Since many chemical weapons contain nerve agents, atropine self-administration kits are prepared for soldiers. 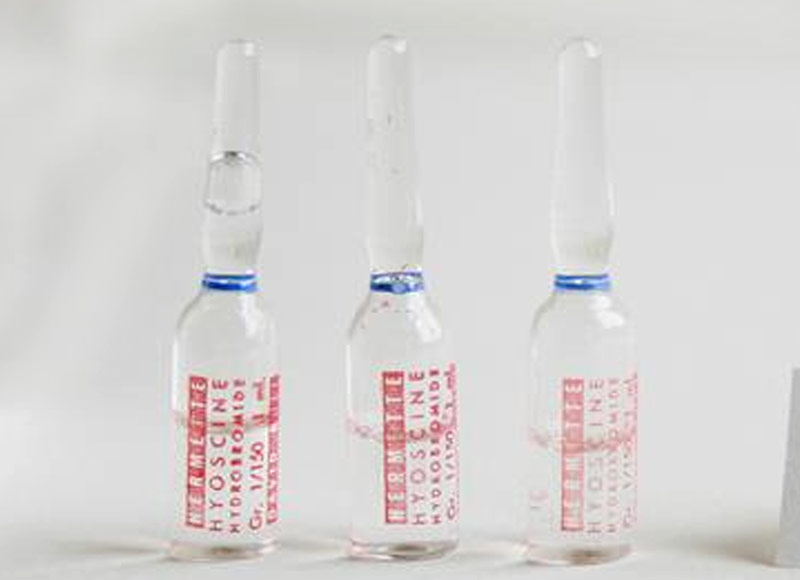 Atropine was synthesised in 1901 by German chemist Richard Willstätter. It was used before anaesthesia to decrease mucus secretions. Today it is used during anaesthesia to increase the heart rate as required. 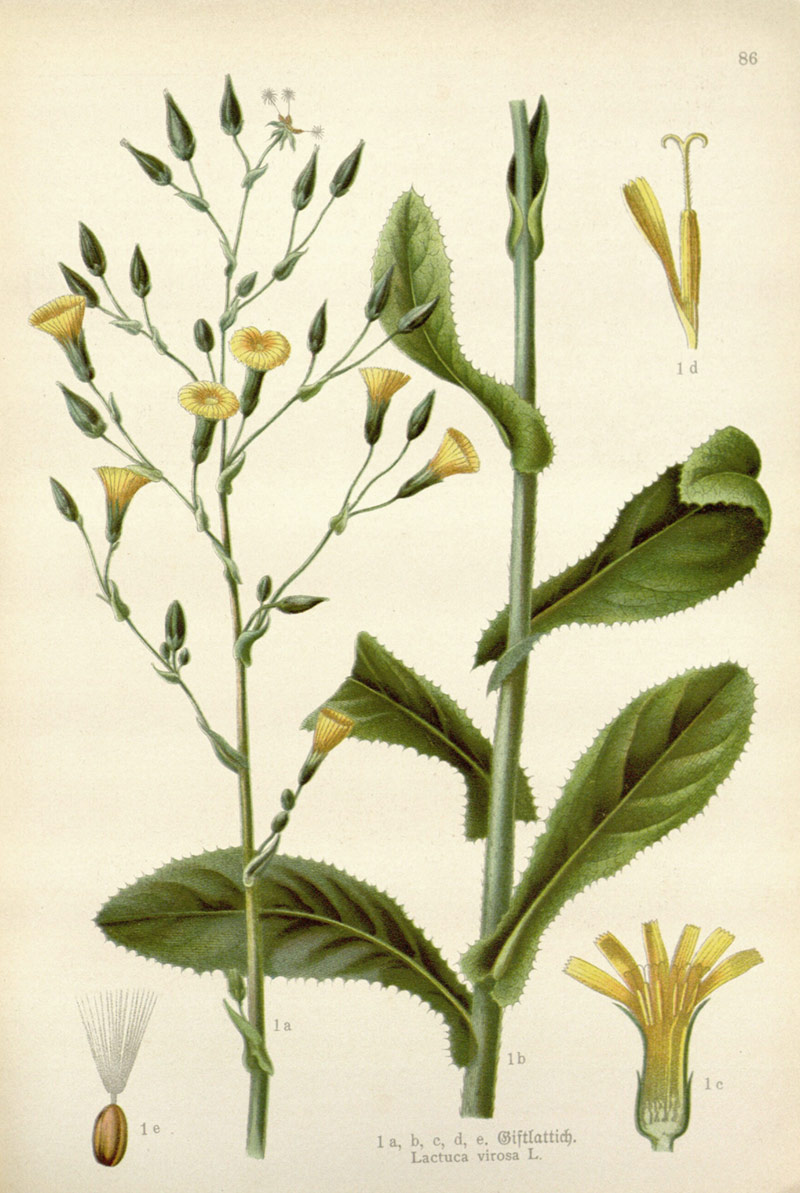 Also known as lettuce opium, Lactuca virosa grows throughout Europe and Asia. An article in the 1821 Edinburgh Medical & Surgical Journal describes lettuce opium as an alternative for opium, for which the author has “…found no article so beneficial”. However, its analgesic and sedative attributes appear to be based on folklore rather than fact. Lettuce opium has been used in folk medicine for a range of ailments.

Although folk medicines are not always proven effective, plant derived medicines have been used for many things. 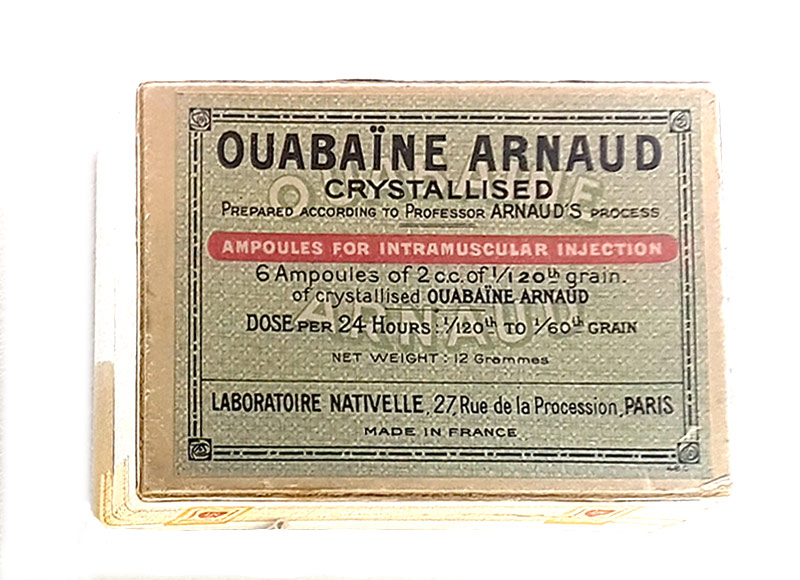 Ouabain was traditionally used as arrow poison in eastern Africa. It was extracted from the branches and leaves by boiling them. Arrows were dipped into the tar-like residue which formed. In 1882, ouabain was isolated by the French chemist Arnaud. It is a cardiac glycoside and was used to treat hypotension and arrhythmia. 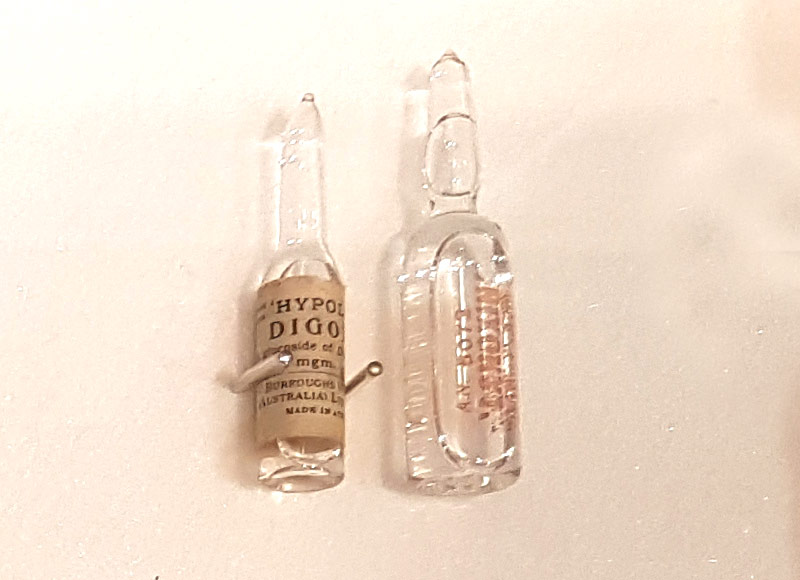 Digitalis first appeared in English-language medical literature in 1785. It had long been a folk medicine cure for dropsy, the swelling that typically accompanies heart failure. Synthesised digitalis is still used to control and regulate the heartbeat and for heart failure. 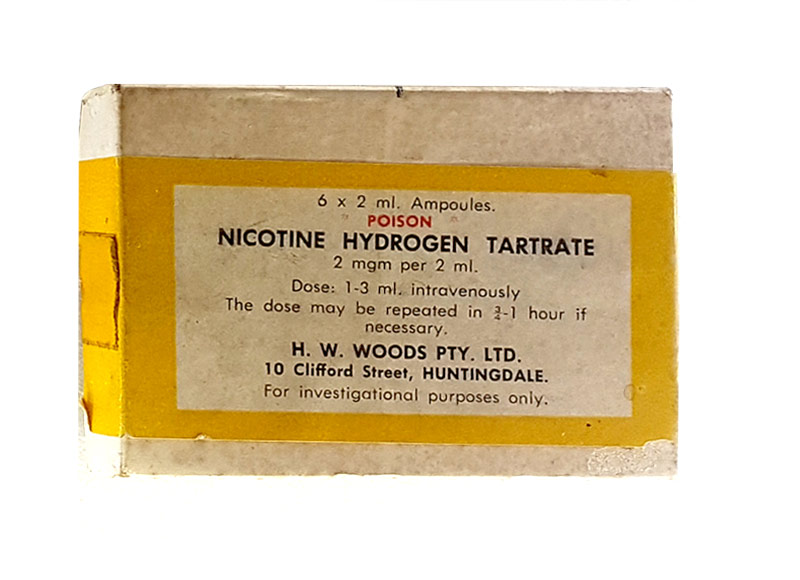 Bruised tobacco leaves and juices were used to treat abscesses, lesions and ulcers in the 16th Century. It was also considered a cure or preventative for the black plague, syphilis and piles. Nicotine, first isolated in 1828, has been used experimentally as a respiratory stimulant and current research is directed toward treatments for depression, Alzheimer’s and Parkinson’s. 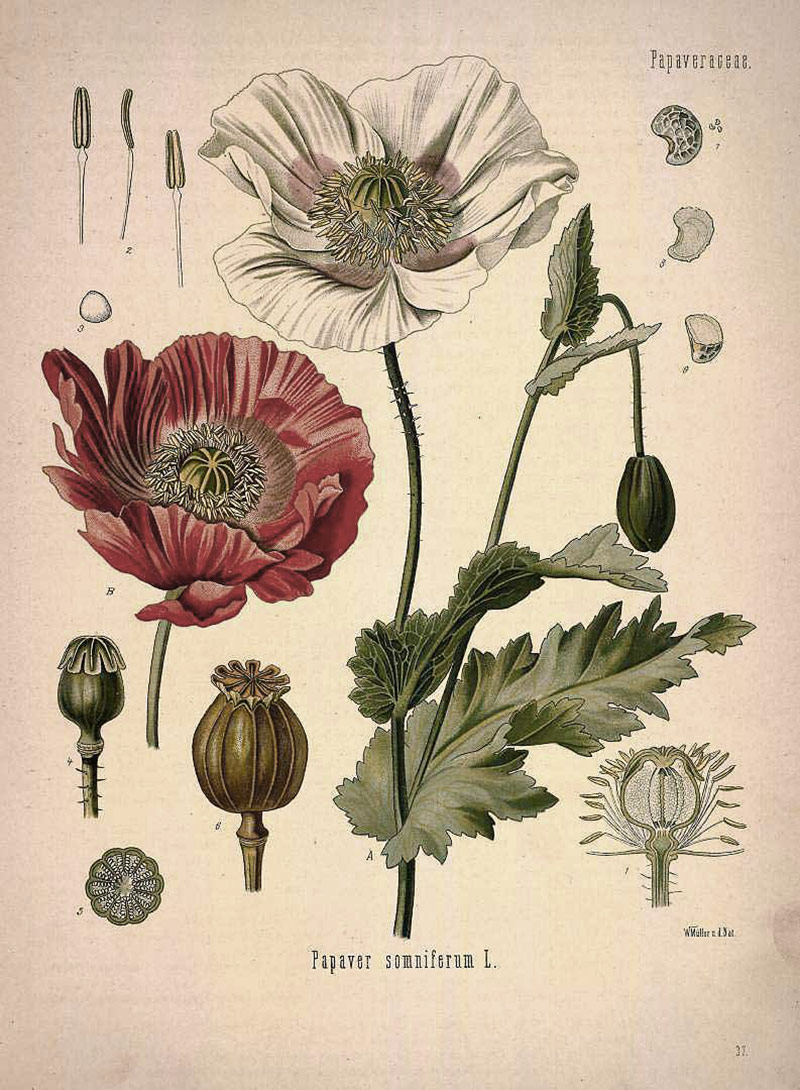 The first reference to opium appears in Sumerian text from 4,000 BCE. Opium travelled the Silk Road, criss-crossing Asia and eventually arriving in Europe.

Hippocrates advocated its use in “female diseases”, Persian physician Al-Razi used opium to alleviate pain during surgery and to treat melancholy. 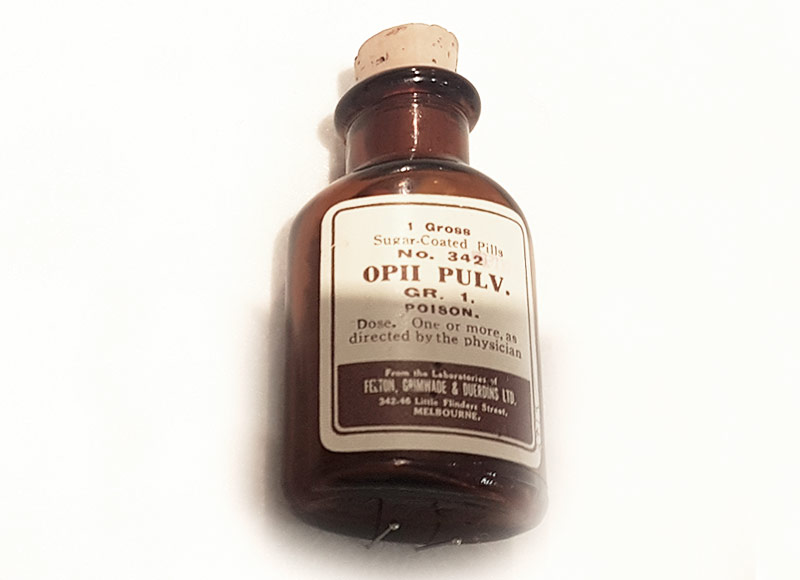 Opium was readily available then and addiction was considered a moral weakness, not a chemical dependency. 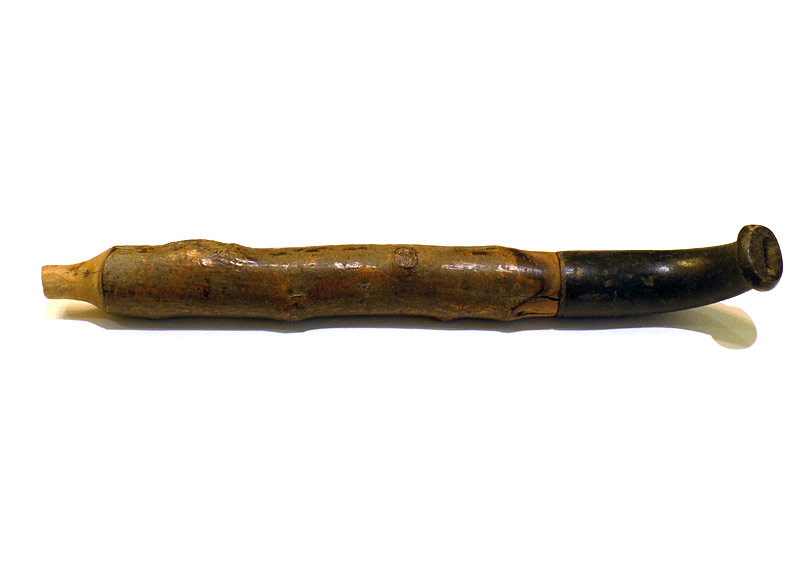 Kubla Khan, Or, A Vision in a Dream: A Fragment

In Xanadu did Kubla Khan
A stately pleasure-dome decree:
Where Alph, the sacred river, ran
Through caverns measureless to man
Down to a sunless sea.

Friedrich Sertürner isolated morphine in 1817. Physicians believed morphine had perfected and tamed opium. Morphine addiction came to the fore after the American Civil War, although it was called the soldiers’ disease and not considered a problem for the wider population.