Dr Colin Chilvers is a Tasmanian anaesthetist, and was co-convenor for the 2019 ANZCA Annual Scientific Meeting, held in Kuala Lumpur. After the meeting, he took a well earned break and travelled to Sandakan in Northwest Borneo, where he visited the site of the former Japanese POW camp.  This blog post looks at some of the history of the Sandakan POW camp, and Dr Chilvers’ visit to the memorial.

The coastal town of Sandakan in Malaysian Northwest Borneo should be known to those interested in Australian history. It was the site of great loss of Australian life in World War II, a prisoner of war camp with a death rate higher than those of the Nazi concentration camps of that war.

In 1942 and ’43 the Japanese transferred a total of 2000 Australian POWs from Changi in Singapore to Sandakan. They were used as forced labour to build an aerodrome. Treated roughly, and chronically underfed, they coped well until the second half of 1943.

The camp had a hospital staffed by some of the doctors and other members of the 2/10 Australian Field Ambulance, of whom 130 went as group to Sandakan. For a period, the doctors had the equipment and drugs to perform simple surgeries like hernia repairs and appendicectomies. The POWs also had an underground movement which importantly included an Australian civilian doctor, James Taylor, and his wife, who were still free in Sandakan. Dr Taylor secretly provided medicines to the camp hospital, while the underground brought in extra food, planned escapes and even a mass uprising. 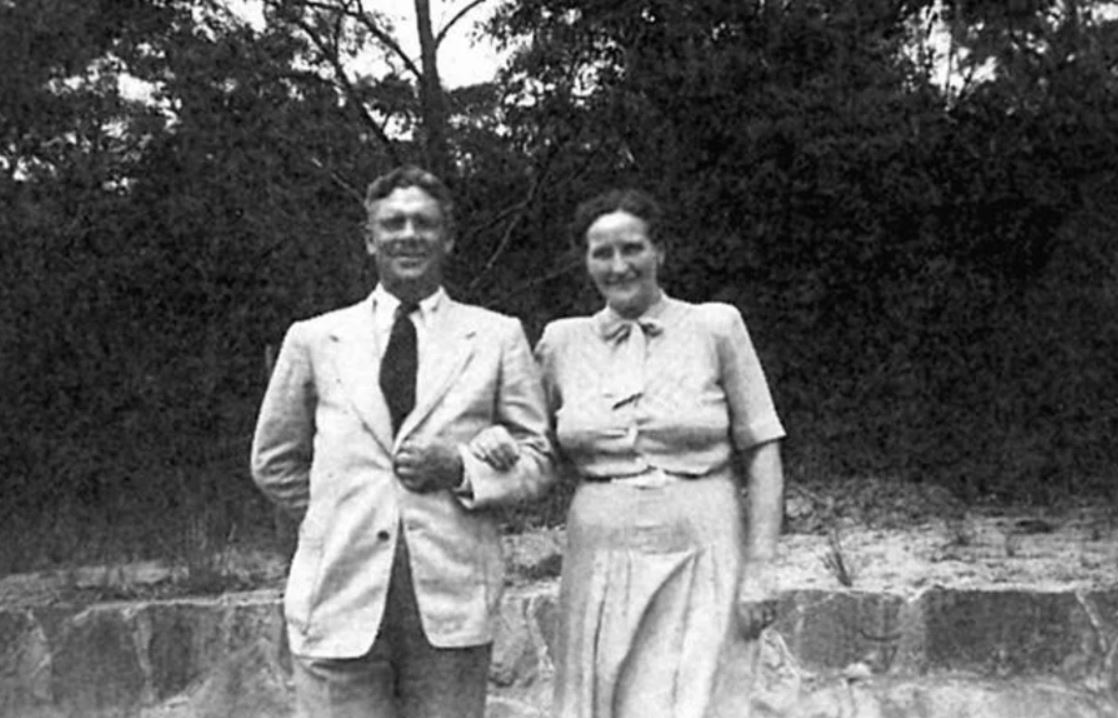 Photo of Dr James Taylor and Mrs Celia Taylor, via Sydney Morning Herald, “Once Were Heroes”, by Paul Ham, 29 September 2012

In July 1943 the underground was betrayed and the Australians and civilians involved were executed or transferred to Outram Jail in Singapore. In late 1943 to weaken any further resistance of the Australians, the Japanese removed 150 of their officers to another camp in Borneo. This left only three doctors to care for the prisoners.

By late 1944 and into early ’45 the war was going badly for the Japanese. Neglect of POWs worsened, being increasingly starved and still forced to work. Tropical infections such as malaria and dysentery along with deficiency diseases like beriberi combined to weaken the men, and the death rate rose rapidly. In February 1945 the Japanese feared the Allies would retake Sandakan and made the decision to move the POWs to an inland camp at Ranau. So began the first of three death marches.

The death marches were a nightmare of human experience. Already sick men were forced to march 260km through hot jungle with only a small amount of rice to eat. All those unable to keep up were systematically murdered by the Japanese. Only six men successfully escaped the death marches, helped by local villagers they were eventually rescued by Australian forces. A small number did manage to survive the march to Ranau, among them were the two remaining doctors John Oakeshott and Dominic Picone who had declined chances to escape in order to stay and care for the men. On 27 August, 12 days after the war was officially over, the two doctors and all other surviving prisoners were shot by the Japanese in a final nihilistic act of savagery.

1,787 Australians died in Sandakan or on the death marches. There is a memorial park at the site of the POW camp with tropical gardens, a small museum, and some relics. Poignantly one of these is a rusted excavator the Australians sabotaged to slow down completion of the aerodrome. A simple stone monument stands at the site where a large tree stood in the middle of the camp. The ‘big tree’, as it was known, was where the POW hospital patients would sit together at night when they couldn’t sleep.

It was on ANZAC day 2019 that we flew out of Australia to attend the ANZCA Anaesthetic conference in Malaysia, and like other passengers were given red remembrance poppies at Melbourne Airport. We carried the poppies on our travels and left them at the base of the Sandakan Memorial. 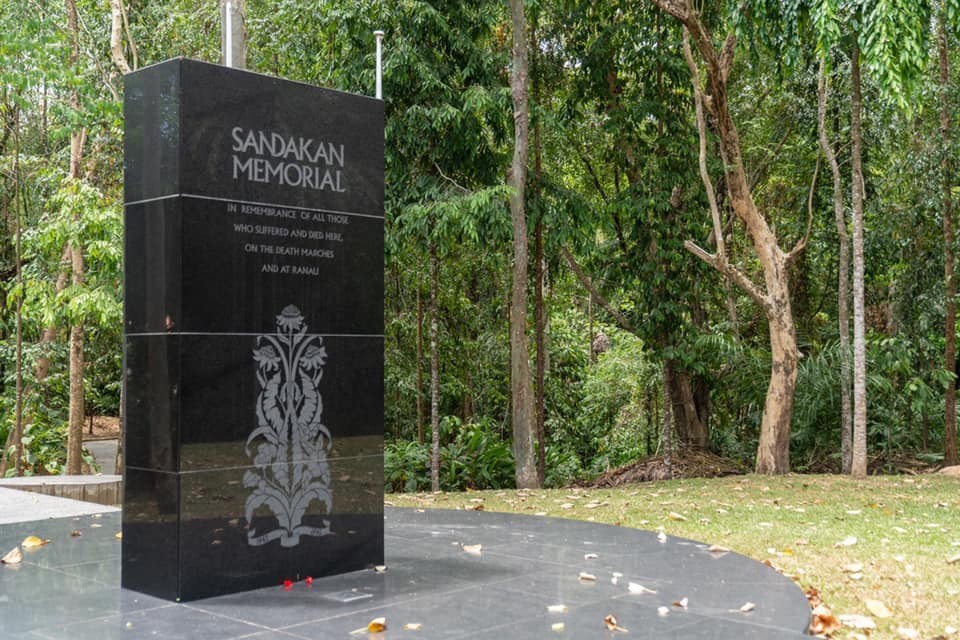