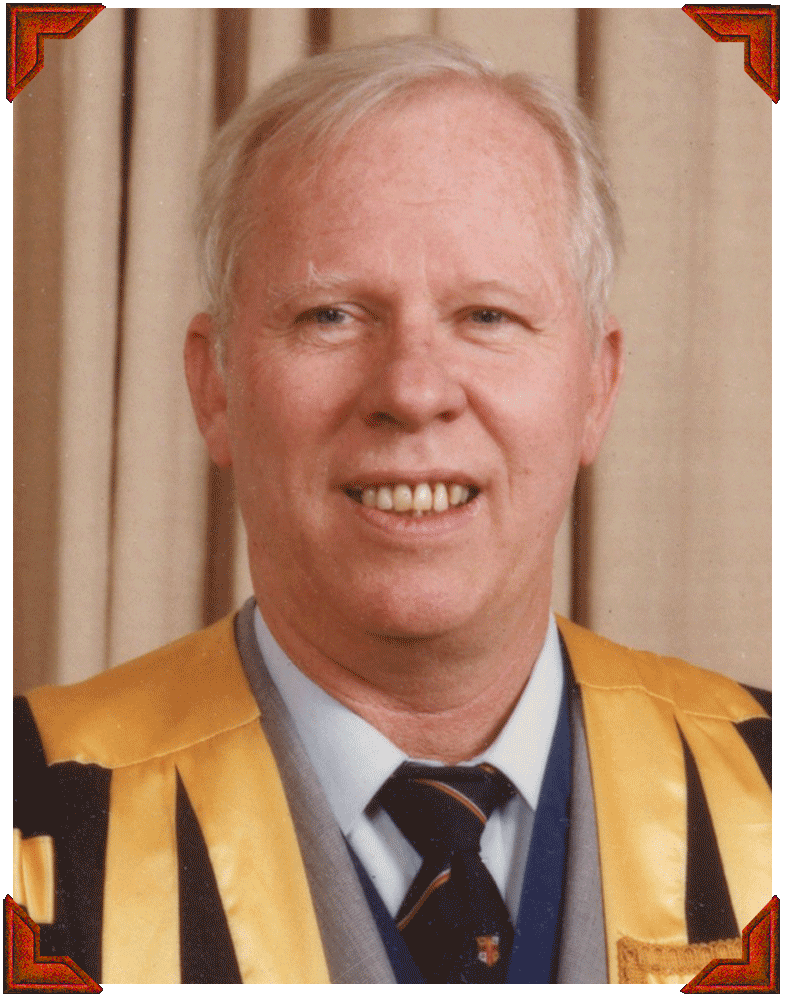 Ross Beresford Holland was the eldest of two children born to Ailsa and Cyril Holland of Sydney. Holland was awarded a scholarship to Sydney Grammar School, and left there with a university exhibition. After graduating from medicine in 1952, he went to gain his Fellowship in 1959 and, in 1984 was elected as the 16th Dean of the Faculty of Anaesthetists of the Royal Australasian College of Surgeons.

Ross Beresford Holland was born in the Royal Women’s Hospital, Sydney, to Ailsa and Cyril Holland on 1 December, 1928. He was the eldest of two children, with a sister born two years later.

His early schooling was at Earlwood Primary and Erskinville Opportunity Class. He was then awarded a scholarship to Sydney Grammar School leaving with a university exhibition.

He graduated MB BS from the University of Sydney in 1952, and joined the resident medical officer staff at St Vincent’s Hospital for two years. During this time he had a nine month roster in anaesthesia.

Initially, his ambition was to become a physician but he was unable to secure a suitable training position, and moved to Lidcombe Hospital as a medical officer in 1954.

As a relatively junior doctor, and still a trainee, Holland was the catalyst for the foundation of the NSW Ministerial Committee on Deaths under Anaesthesia. He was able to persuade the NSW government that such a committee was essential to improving the safety of anaesthesia and surgery. He became the inaugural secretary in 1960 and, subsequently, chair in 1975. He was called on again in 2008 for a twelve month term as acting chair.

Holland’s main work at Lidcombe was as an anaesthetist and he decided to undertake formal training in the rapidly expanding specialty. He moved on secondment to Royal North Shore Hospital and obtained his Fellowship of the Faculty of Anaesthetists, Royal Australasian College of Surgeons, in 1959.

He returned to work at Lidcombe Hospital, initially as a specialist anaesthetist and, later, as senior specialist in charge. In 1978, with the opening of Westmead Hospital, Holland became the inaugural director of the anaesthetics and resuscitation department, a position he held for nine years.

In 1984, Holland was elected as the 16th dean of the Faculty of Anaesthetists. His term as dean coincided with the contentious NSW doctors’ dispute which saw mass resignations from public hospitals by many surgeons and anaesthetists. As faculty dean, Holland navigated a steady path between support for those resigning and support for the integrity of trainee teaching and supervision. In the midst of this dispute a unique combined RACS Council and Faculty Board meeting was held to discuss the situation and the effect it was having on training, the College and Faculty. This combined meeting led directly to the foundation of the Committee of President of Medical Colleges, and to the formation of the craft groups’ representation on the Australian Medical Association Council.

This was also a time when the expansion of the Faculty’s professional standards documents gained widespread acceptance around Australia and New Zealand. This recognition was another way in which major improvements were made in patient safety.

Holland’s interest in standards for health led him on to the board of the Australian Council on Healthcare Standards (ACHS). He went on to be chair of the board between 1982 and 1983. In 2006, he was awarded the ACHS Gold Medal for contributions to the ACHS and to patient safety.

Throughout his career, Holland received numerous awards and accolades. In 1989 he was awarded the RACS Court of Honour, this was followed by ANZCA’s Robert Orton Medal in 1992, an honorary fellowship of the Medical Defence Union (UK) was bestowed on him in 2003, and he received the ASA’s Gilbert Brown Award in 2009. In addition, he was made a Member of the Order of Australia in 2015, in recognition of his “significant service to medicine in the discipline of anaesthesia, as a clinician, to health care standards, and to professional medical bodies”.

Holland also directly contributed to two overseas medical teams. In 1966, between January and May, he joined a team from St Vincent’s Hospital Melbourne to go to Long Xuyen in South Vietnam. He received the 1945 – 75 Active Service Medal, and the Vietnam Logistic and Support Medal in 1995, for his work in Vietnam. In December 2000 he joined an AUSAID team to East Timor.