In a very polite letter to the Chancellor of the University of Otago, dated 10 March, 1891, 18 year old Emily Siedeberg expressed her desire to study medicine at the university. In a mirror of what had happened in Australia when women attempted to study medicine, discussions about the request were dutifully reported in newspapers. University staff voted in favour, and medical staff at Dunedin Hospital also voted, six to three, in favour of taking her on. They reasoned that if the university admitted her, they should allow her the opportunity to complete her training at the hospital. There was little fanfare, and her medical studies, graduation and residency appear to have all been without incident or controversy. 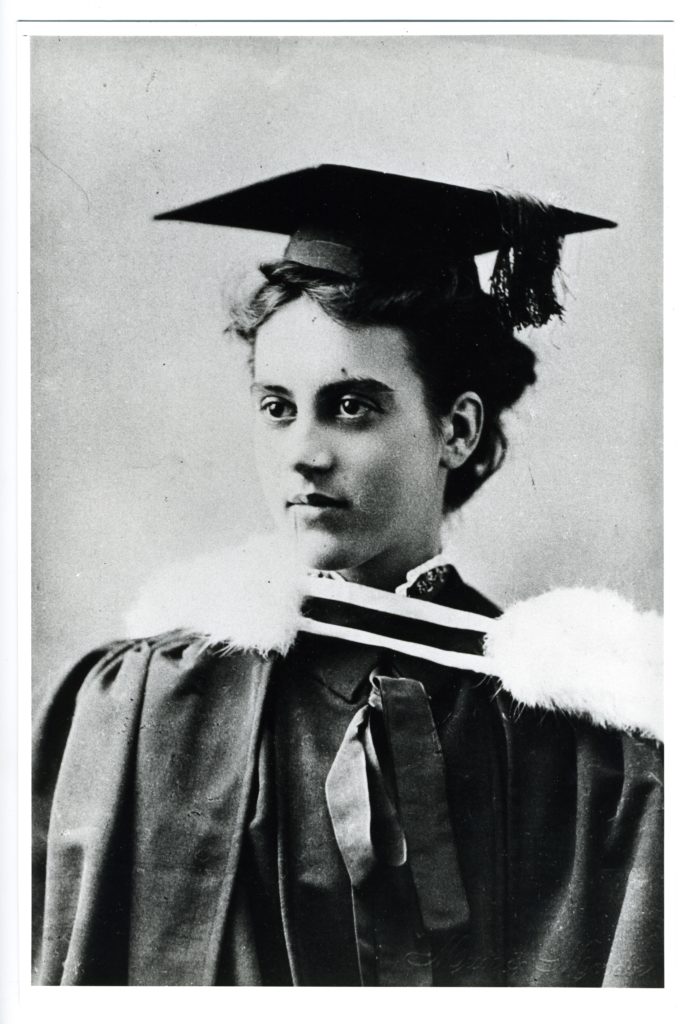 It’s only much later that a contemporary recounted how the “…young men would throw the flesh at her every chance they got” in anatomy classes. Siedeberg recalled one occasion when “…pieces from another dissecting table came in my direction”.

It’s also interesting to compare Siedeberg’s career to her Australian contemporary, Janet Greig. They graduated in the same year, 1896, and while there are definite similarities, they seem to have followed different paths. Siedeberg has a far more nomadic work history, and continued to appear in the newspapers, sometimes controversially, long after her graduation.

In 1900, she began working as the Honorary Medical Officer with the Society for the Protection of Women and Children.

In 1905, she was appointed as the first medical superintendent of Dunedin’s St Helen’s Maternity Hospital, a position she maintained until her retirement in 1938. 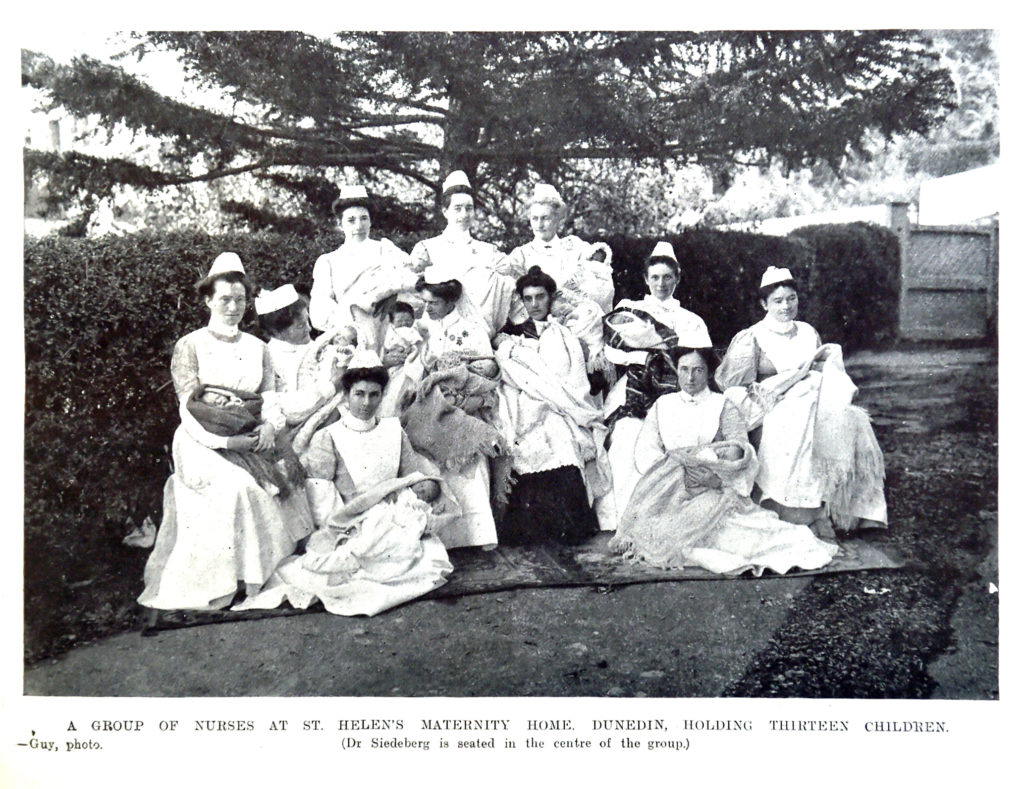 In 1906, an article in the Otago Daily Times, describes her administering chloroform anaesthesia, while a Dr Church examined a female patient clearly suffering the effects of a botched, illegal abortion. The patient later died and Siedeberg testified at the inquest about what had transpired at the examination. She was also sternly reprimanded by the Chief Detective for not bringing the incident to the attention of the police as soon as the cause of the patient’s distress was known.

Siedeberg’s father, Franz David Siedeberg, migrated to New Zealand in 1861. He took up mining, met and married Anna Thompson, and settled into daily family life. During the war years, it appears Siedeberg’s loyalty or patriotism may have been called into account. An emotional letter to the editor of the Otago Daily Times from “One Interested”, seeks to quash any war time rumours concerning her German heritage and turn the focus back onto the motivations of the accusers. It also contains an interesting reminder that the monarchy too had German heritage.

As a member of the Otago and Southland Patriotic Women’s Association, she travelled to England in 1915 to volunteer her services for the war effort. 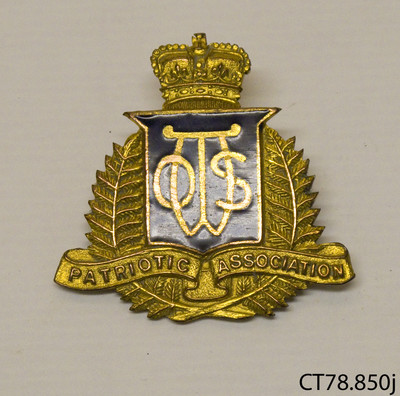 She returned to New Zealand in 1916, and an article in the Auckland Star on 16 May, records that the Royal Army Medical Corps is not using the services of women doctors in any way, but, quoting Siedeberg, states “…there are still plenty of opportunities for New Zealand male doctors who come to England to offer their services”. Siedeberg had spent some time working with the Royal Infirmary in Scotland but this comment suggests she may have expected to be able to contribute more, or more directly, to the war effort.

In 1921, she began a 10 year career as anaesthetist at the Dunedin Dental School, while simultaneously maintaining her position at St Helen’s Maternity Hospital.

1922 saw her return to the coroner when a dental patient died under chloroform. In her testimony, she expressed concerns that conditions at the school weren’t good enough to support patient safety and, in particular, to allow for introduction of the much safer ether. She doesn’t appear to have suffered any punishment or reprimand because of the death.

The year before, she had been instrumental in establishing the New Zealand Medical Women’s Association (NZMWA), and was elected its first president. The aim of the NZMWA was to further the interests and act on behalf of medical women. The archive is held at the Alexander Turnball Library.

Throughout her professional life, Siedeberg worked diligently to advance the cause of professional women and colleagues, as well as women with limited means or access to assistance. She was strongly involved with a number of organisations dedicated to addressing women’s issues, and through these organisation advocated for a number of important social changes, such as raising the age of consent, prevention of venereal disease, the appointment of women police, hospital and factor inspectors, and equal opportunities for women in higher education and employment.

Dr Emily Siedeberg married retired banker, James Alexander McKinnon, on 8 October 1928, in Los Angeles. She was 55 years old. Siedeberg retired from practice in 1938. Her husband died in 1949, and Siedeberg died on 13 June 1968.