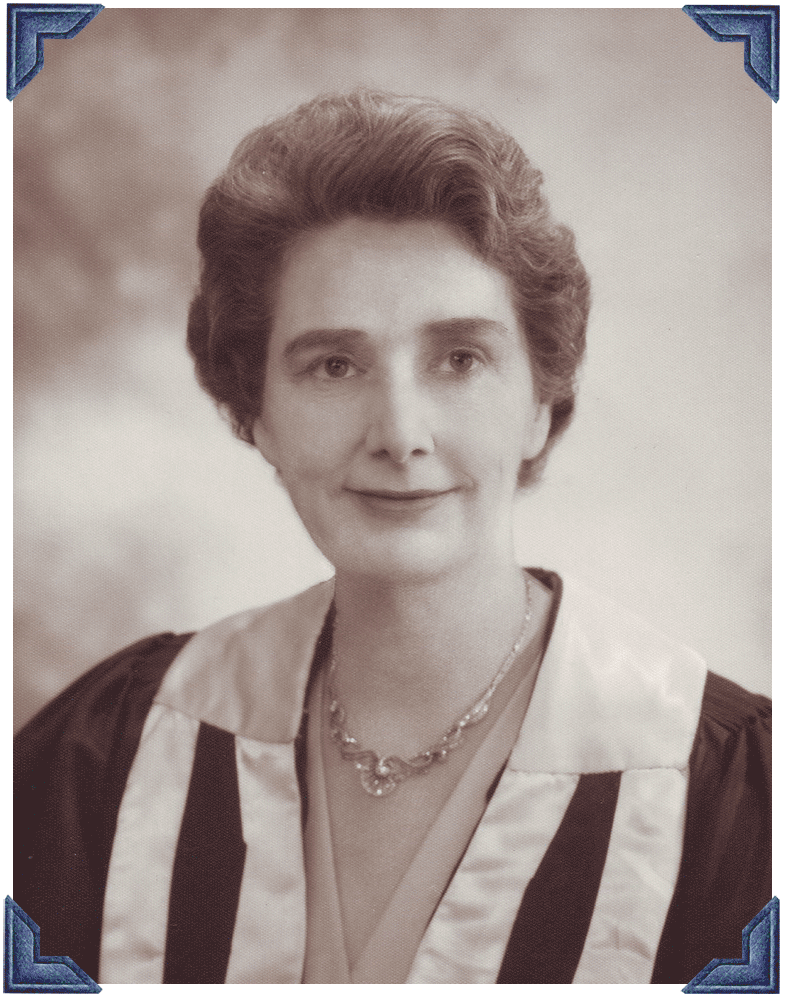 Annie Winifred Clark was born in Broken Hill in 1900, and spent her early childhood in the mid-north of South Australia. At Adelaide Girls’ High School, she was awarded the Tennyson Medal for English Literature and with her matriculation results was awarded one of 12 scholarships to the University of Adelaide, only four of which were available for studying medicine. She graduated in 1922.

Clark married Dr Fred Wall in 1924 and changed her name to Wall. When the pair started a family, she continued to work in his practice, especially in her special interest area of anaesthesia. With the outbreak of World War II, her husband and his practice partner departed for service, and she and Dr Dorothy Adams (MB BS, Adelaide, 1922) took over the practice.

Wall continued to work in anaesthesia after the war. She was also appointed honorary assistant anaesthetist at the Royal Adelaide Hospital and continued there until 1958. She was a foundation member of the Australian Society of Anaesthetists (1934), and a foundation member of the Faculty of Anaesthetists of the Royal Australasian College of Surgeons (1952), gaining fellowship by election in 1955.

1979  Member of the Order of Australia – For service to the community, particularly in the field of women’s affairs.

Throughout her professional life, Wall was constantly involved in other areas of interest and expertise. She joined the Adelaide University Graduates’ Union as a life member upon graduation and served as Vice President in 1963, and President in 1965. She served on the University Council from November 1960 to November 1968. She was the foundation president of the Family Planning Association (South Australia), a life member of the South Australian Medical Women’s Society, a member and councillor of the Royal District Nursing Society as well as the Australian Federation of University Women.

Wall was appointed a Member of the Order of Australia in 1979 for service to the community, particularly in the field of women’s affairs.

In 1982, Wall was awarded an honorary degree by the University of Adelaide. The Doctor of the University is conferred on the recipient for their contribution as a result of their studies, research, academic or community pursuits or accomplishments. It was the first time it had been conferred on a woman, and the first time on someone who is not a member of the staff. This honour was bestowed at the same time as her grandson was awarded his degree.