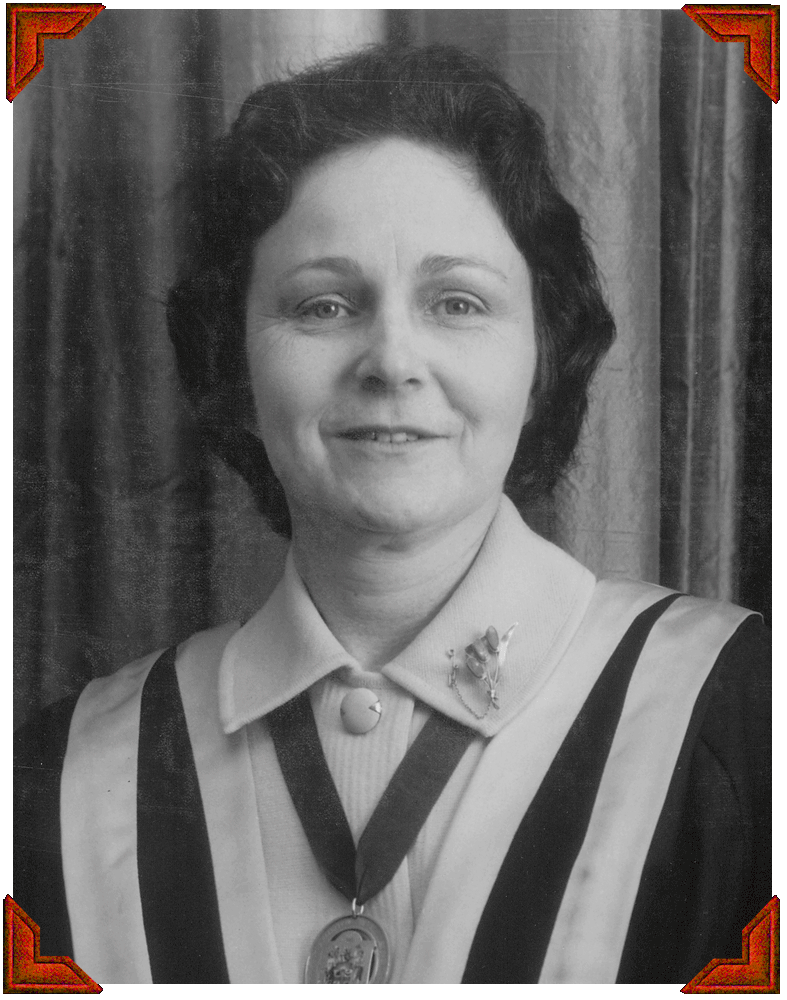 Teresa Rita O’Rourke Cramond (Brophy) was born in Maryborough, Queensland on 22 February 1926. Upon completion of her formal schooling she enrolled in medicine at the University of Queensland, graduating MB BS in 1951. In 1956 Teresa was admitted to Fellowship of the Faculty of Anaesthetists at the Royal Australasian College of Surgeons. She was elected Dean of the Faculty in 1972, and has been widely awarded for her contributions to medicine, particularly in anaesthesia and pain medicine.

Teresa Rita O’Rourke Cramond (Brophy), known as Tess, was born in Maryborough, Queensland, a regional city around 250 kilometres north of Brisbane, on 22 February 1926. She attended Eagle Junction State School, St Ursula’s College Toowoomba, and Toowoomba High School, completing her formal education in 1943. Subsequently, Cramond won an open scholarship to the University of Queensland, where she enrolled in medicine, graduating MB BS in 1951. It was in 1951 that she began working at the Royal Brisbane Hospital as a Resident Medical Officer. By 1953, Cramond was the Senior Medical Officer (Anaesthetist) before becoming a Registrar in the Department of Anaesthesia the following year.

In 1955 she moved to the United Kingdom, completing a Diploma in Anaesthetics from the Royal College of Physicians, London, while continuing to work as the Anaesthetics Registrar at Poplar Hospital, before moving to the London Hospital in 1956. It was in 1957 that she returned to Australia and took a position as Senior Anaesthetist at the Kenneth G Jamieson Neurosurgical Unit at the Royal Brisbane Hospital, a position she held for 34 years. In the same period, between 1958 and 1973, Cramond was the Senior Honorary Anaesthetist at Mater Children’s Hospital in Brisbane.

In 1961, in conjunction with Dr Roger Bennett, Cramond was instrumental in demonstrating resuscitation techniques to surf lifesavers in Queensland, leading to increased survival rates for drowning victims which eventually became standard practice throughout Australia. The legacy of Cramond’s contribution to surf lifesaving is still seen today even away from the beach, with signs required to be posted at all backyard and public pools in Queensland demonstrating CPR techniques.

Cramond also provided advice to the Queensland Ambulance Service and Queensland Electricity Commission’s Safety Advisory Board on resuscitation techniques during the 1970s and 1980s. Additionally, she become a consultant on resuscitation to the Royal Australian Medical Corps between 1978 and 1986, afforded the rank of colonel.

It was Cramond’s association with Dr Bennett, and the pain he suffered from Hodgkin sarcoma, that ultimately convinced her there was much work to be done in the field of pain medicine. In 1967 Cramond established the Multidisciplinary Pain Centre at the Royal Brisbane Hospital, and became its Director.

In 1982 Cramond was appointed the president of her local branch of the Australian Medical Association. It was at the AMA she reconnected with Dr Humphry Cramond, who, in 1985 at the age of 59, she married.

Tess Cramond continued to be influential in the community for decades, receiving accolades including an Order of the British Empire (OBE), Officer of the Order of Australia (AO), Advance Australia Award, a Red Cross Long Service Award, the AMA Women in Medicine Award, a life membership to the Queensland (1983), then Australian (1997) branch of Surf Living Saving, as well as being a founding member of the Queensland Branch of the Order of Malta, Australia.