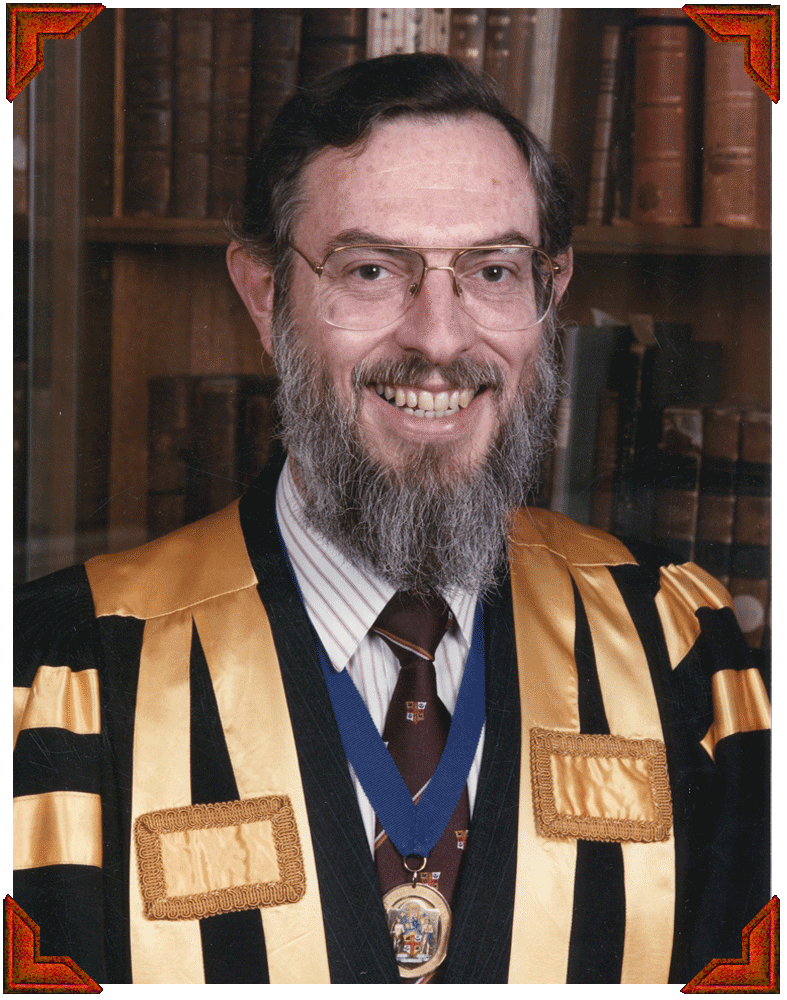 Arthur Barrington Baker (“Barry”) was born 24 June 1939 in Brisbane. In 1958 he began a medical degree at the University of Queensland, and graduated MB BS in 1963. In 1968 he became a Fellow of the Faculty of Anaesthetists at the Royal Australasian College of Surgeons and, in 1992, was a member of the inaugural Council of the Australian and New Zealand College of Anaesthetists (ANZCA). 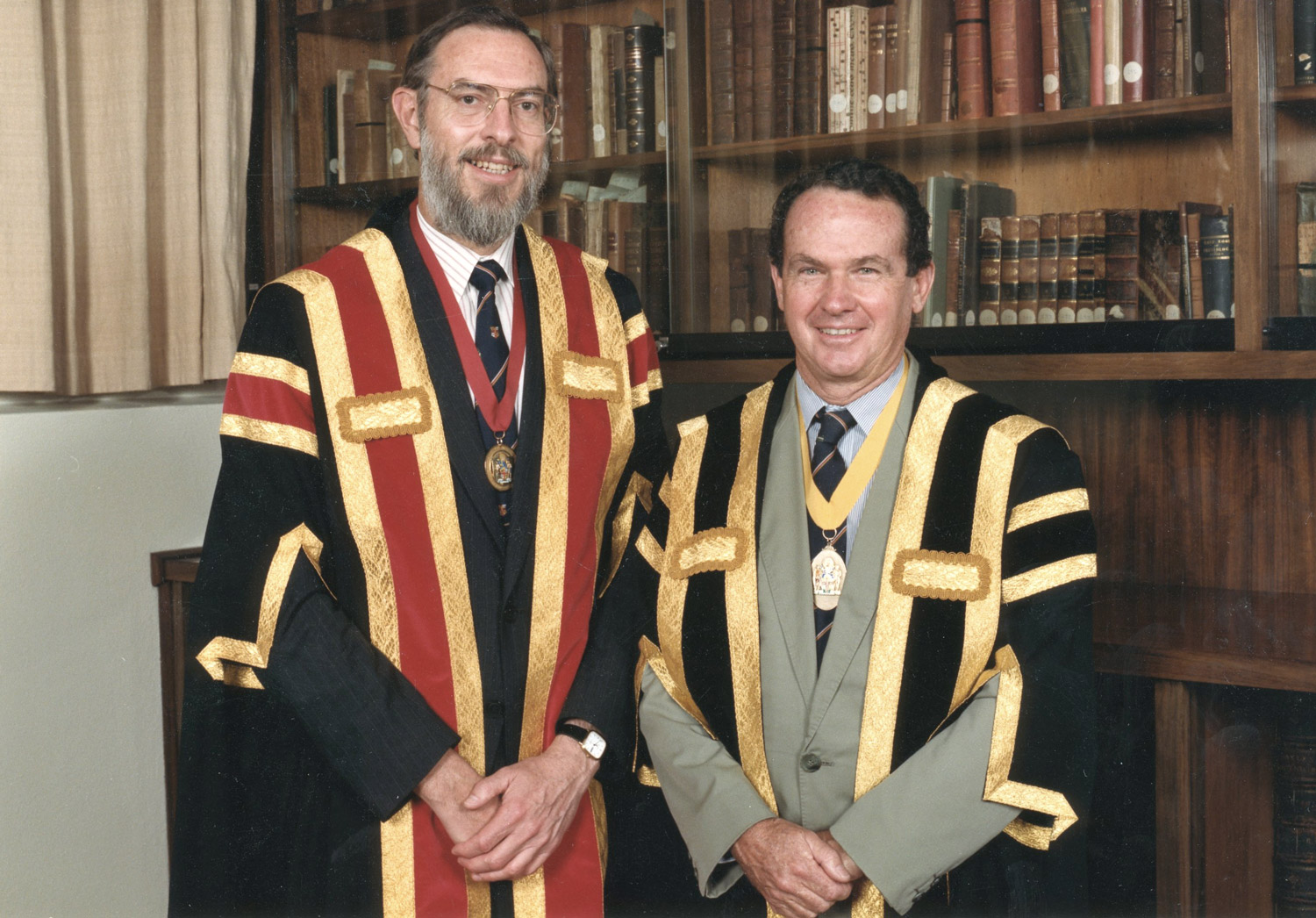 He began his education initially at Graceville State Primary School (SPS) and later at Eagle Junction SPS (1948-1953). He then completed his secondary education at Brisbane Grammar School between 1954 and 1957.

On completion of schooling, Baker enrolled to study medicine at the University of Queensland, graduating MB BS in 1963. Over the next few years, he worked at the Royal Brisbane Hospital, first as a Resident Medical Officer, then a Registrar in the Department of Anaesthesia and, in 1968 (Jan-May), as Resuscitation Officer. In that same year he also gained his FFARACS (Fellow of the Faculty of Anaesthetists at the Royal Australasian College of Surgeons) and FFARCS (Fellow of the Faculty of Anaesthetists, Royal College of Surgeons).

In 1975, the Faculty established a Section of Intensive Care and Baker was the inaugural Chair of the Section until 1977.  He also became the foundation Professor of Anaesthesia and of Intensive Care at the University of Otago and Dunedin Public Hospital, New Zealand, in 1975, holding those positions until 1992. In 1976 he became a primary examiner in physiology for the Faculty and later also examined for the final exams in anaesthesia and intensive care until 1990.

Baker was elected to the Board of the Faculty in 1980 following periods on both the Queensland and New Zealand Regional Committees. In 1986 he became Vice-Dean of the Faculty, and during this period the then Dean, Robin Smallwood, became sick and died in September 1987. Baker took on the position of acting-Dean and later the position of Dean in his own right (October 1987). This meant he was Dean at the time negotiations began to separate the Faculty of Anaesthetists from the Royal Australasian College of Surgeons, and form an independent college. He was also the chair of the Education Standards Sub-Committee of the Committee of Presidents of Medical Colleges from 1988 – 1995.

At the foundation of ANZCA, Baker led the committee responsible for designing the College’s Coat of Arms later gifting the President’s Medal incorporating that Coat of Arms.

In 1992, the same year ANZCA was officially formed, Baker left Dunedin appointed Nuffield Professor of Anaesthetics at the University of Sydney and Chairman of the Department of Anaesthetics at the Royal Prince Alfred Hospital, where he remained until 2005. This was the year he retired from clinical practice.  From 1975 to the present he has been an Editorial Board Member for Anaesthesia and Intensive Care, being acting Chief Editor (2002-2003). Baker was Chair of the Human Ethics Committee of the University of Sydney (1998-2000).

In 2006, he was appointed as an ANZCA Director of Professional Affairs, and became the Executive Director of Professional Affairs in 2009, placing him on Council’s Executive Committee. In 2010, he was appointed ANZCA’s Dean of Education and led the Curriculum Redesign Steering Group to revise ANZCA’s curriculum, and provide oversight for both its redevelopment and implementation.  During the negotiations to form the Australian and New Zealand College of Intensive Care Medicine (CICM) Baker was on the Board of the Joint Faculty of Intensive Care Medicine, and thus became a member of the inaugural Board of CICM in 2008, donating the CICM President’s Medal.

Professor Baker resigned from his professional roles with ANZCA in 2014 becoming an ANZCA Foundation Life Patron when he established the Joan Sheales Staff Education Award and the Provisional/New Fellow (PNF) Research Award. In the same year, he was awarded Membership of the Order of Australia (AM) for significant service to medicine, particularly to cardiovascular anaesthesia, to medical education, and to professional medical organisations.

Professor Baker continues to have a strong relationship with ANZCA, taking on the position of Honorary Historian in 2015. Coupled with his interest in the history of anaesthesia, he was ideally qualified for such a role, as in 1982 he completed a Diploma in the History of Medicine, through the (Worshipful) Society of Apothecaries (of London) (DHMSA), and in 2003 he was a Wood-Library-Museum Fellow, American Society of Anesthesiologists.  He has written two historical books 50 Years of the Faculty and College of Anaesthetists (2002), and Australia’s First Anaesthetic Department – 75 Years at the RPA (2005), and edited the College’s celebration of 25 Years of ANZCA Leadership (2016).

OTHER AWARDS AND HONOURS